The Futures certainly seem happy about it with the Dow (/YM) up 420 points and the S&P (/ES) up 40 points.  Biden still has a commanding lead in the polls but there has been so much interference and disenfranchisement of voters already that there's no telling what will actually end up being counted so – anyone can win.

5.2M people, mostly people of color, have been deemed ineligible to vote by the courts, usually because they are unable to pay court ordered money sanctions (considered a felony), according to the Sentencing Project.  In three states - Alabama, Mississippi, and Tennessee – more than eight percent of the adult population, one of every thirteen people, is disenfranchised and in Floriday, 900,000 people who have been in jail are never allowed to vote again despite the 2018 ballot referendum that was supposed to restore their voting rights in the country's largest swing state. 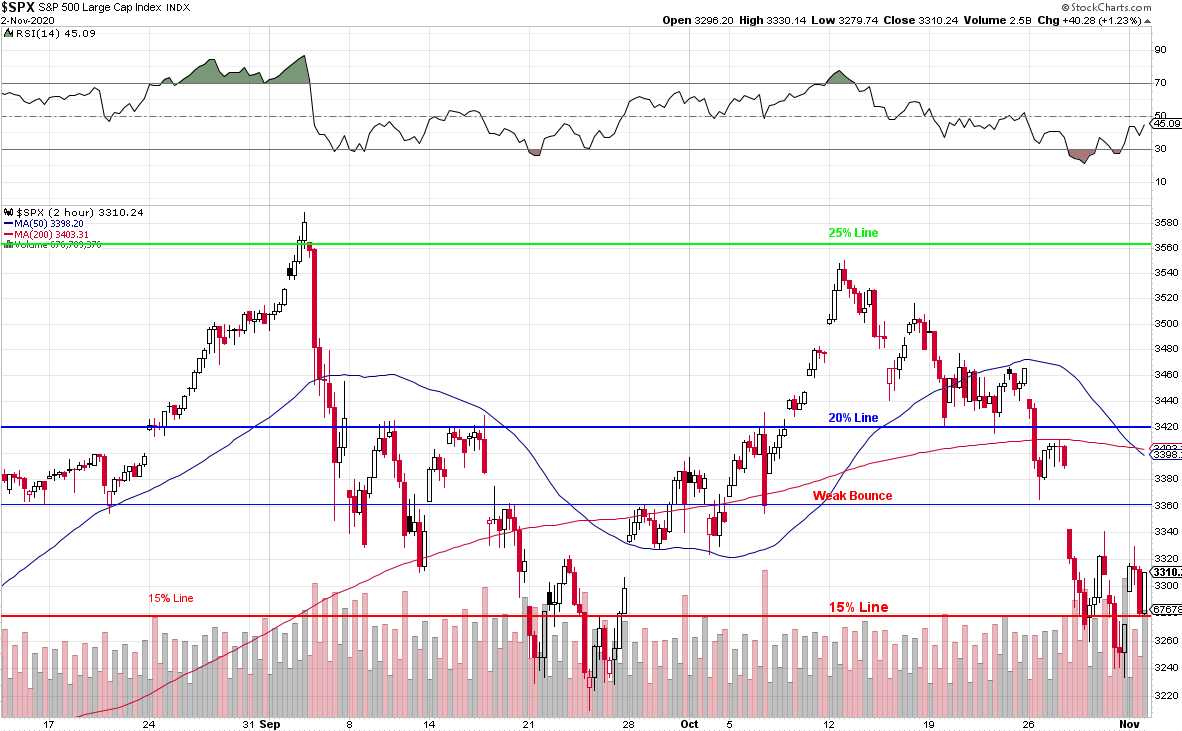 That death cross is going to turn 3,400 into serious upside resistance but we're 2.5% away from that so no worries this morning and it's not like we'll have a decision tomorrow in the election so I don't see a major catalyst unless the Fed steps up and does their own stimulus on Thursday.

The Week Ahead – Elections, Data and Jobs Which Way Wednesday – Election Uncertainty Remains
Scroll to top