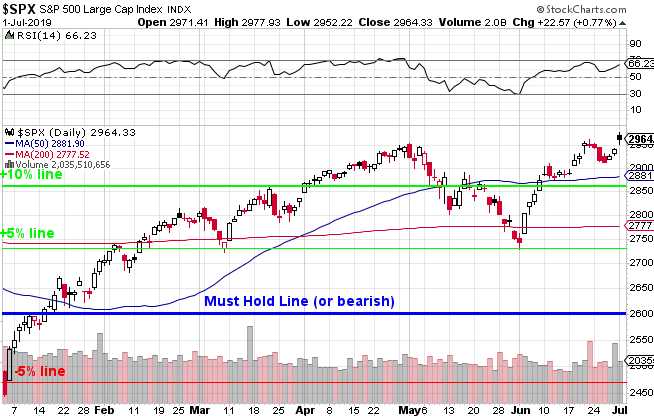 Clearly companies are not making 350% more money than they did in 2009 but that's a false benchmark because the stocks were clearly UNDERvalued at the time and 666 was stupidly cheap for the S&P 500 but S&P 3,000 is still going to cause people to question valuations and, as I noted in yesterday's Report, Corporate Profits are very unlikely to justify these record highs and we begin to see those results on July 15th, as Q2 earnings begin coming in volume.

I know it may not seem like it when you have a runaway market and it's easy to say that Fundamentals don't matter but they do to the people who aren't trading every day.  The silent majority of traders are the buy and hold fund managers who hold

Monday Market Movement – Trade Talks Back on with China! Why Bother Wednesday? Low Volumes Ahead of the Holiday
Scroll to top