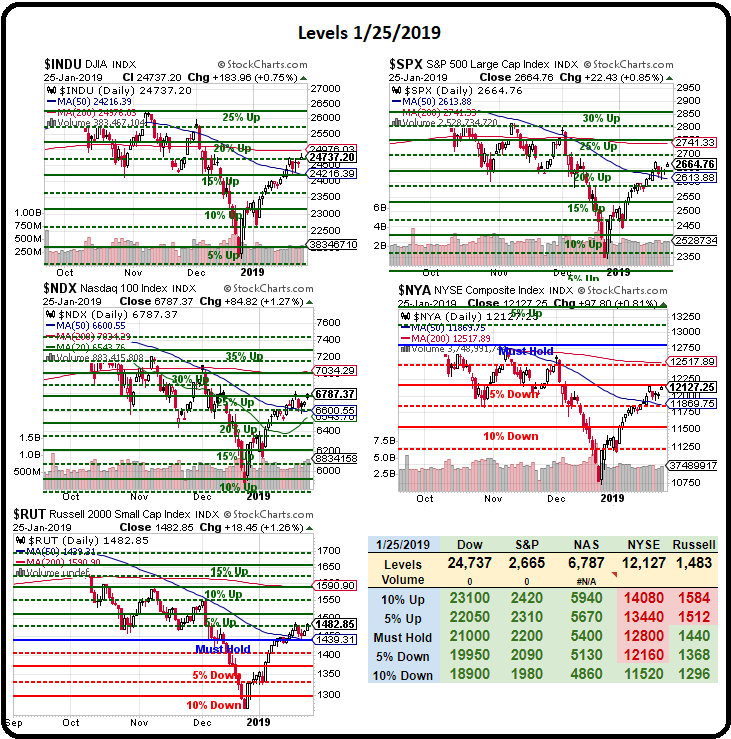 Well, we're holding up so far…

As I said last week, nothing really matters as long as we hold the 50-day moving averages and that's not really that hard to do as they are still in decline – so the targets are lower every day.  As of this morning our 50 dmas are:

So we're right in the middle and all these up and down gyrations are just consolidation as we prepare to break out but will we break out to the upside or the downside?  That is the question that can be worth Millions in your portfolio!

Unlike the moving averages, which move, our 5% Rule™ remains the same – only changing in the short-run when long-term supports are found but never changing in the long run – unless we do a full re-valuation of an indexes base-case (the Must Hold levels).

We were going to bump up our Must Hold lines by 10% due to the tax changes late last year but the NYSE and Russell never confirmed the move higher and then the crash came but now, if we do hold those 10% lines, we will be bumping the Big 3 up, who benefit the most from the lower tax rates and the weaker Dollar that comes with them (we don't pay our bills, we're a dead-beat currency).  Current levels are: