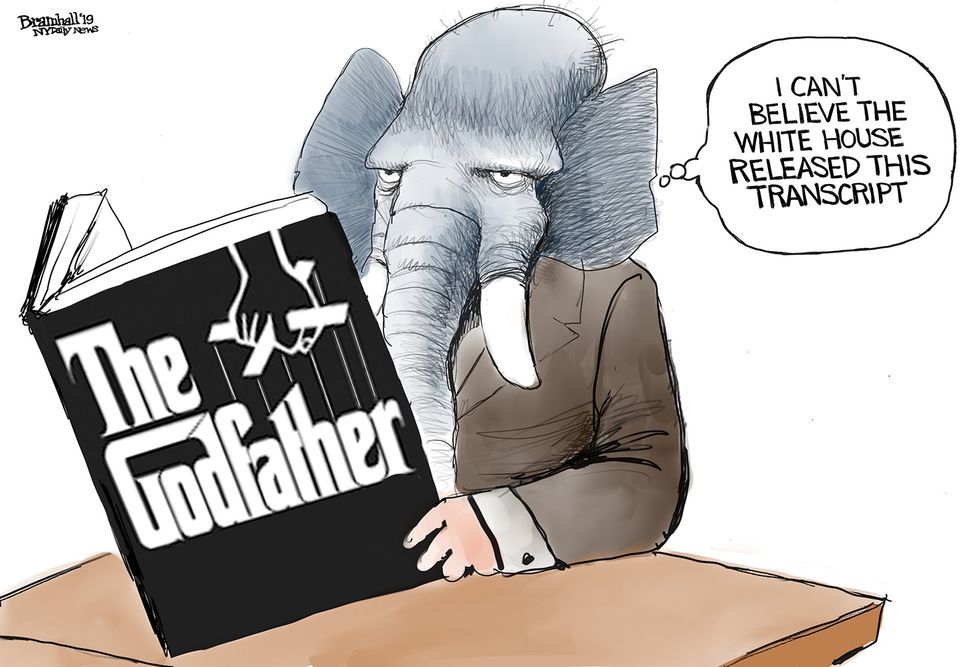 Is Impeachment an Elitist move that shifts power away from the voters?

Of course not, that's idiotic as the voters elected the representatives (by actual majorities) that exercise their Constitutionally Mandated oversight of the President who was, in fact, put in power by an elitist Electoral College that did, in fact, ignore the popular vote.  Still, that's the headline Fox "News" is going with this morning as part of an all-out GOP effort to discredit our Government, our laws and our processes – whatever it takes to keep their guy in power.

The "President" is, in fact, calling for a Civil War now and is back to his usual media bashing, making me wonder if it was all a dream when we were told in school that a free press is the backbone upon which a Democracy is built.  Since Coporate Dollars have now crept into every click an article generates, there is really no such thing as a free press anymore as it's now all about pleasing the advertisers anyway.

"Liberty cannot be preserved without a general knowledge among the people, who have a right, from the frame of their nature, to knowledge, as their great Creator, who does nothing in vain, has given them understandings, and a desire to know; but besides this, they have a right, an indisputable, unalienable, indefeasible, divine right to that most dreaded and envied kind of knowledge, I mean, of the characters and conduct of their rulers. Rulers are no more than attorneys, agents, and trustees, of the people; and if the cause, the interest, and trust, is insidiously betrayed, or wantonly trifled away, the people have a right to revoke the authority that they themselves have deputed, and to constitute other and better agents, attorneys and trustees."  -  John Adams, A Dissertation on the Canon and Feudal Law (1765)

"The moment we no longer have a free press, anything can happen. What makes it possible for a totalitarian or any other dictatorship to rule is that people are not informed; how can you have an opinion if you are not informed? If everybody always lies to you, the