That's right it's Tuesday so the S&P must be testing the 10% line and last Tuesday we failed but the Tuesday before that we popped over so it's a real coin flip this morning. 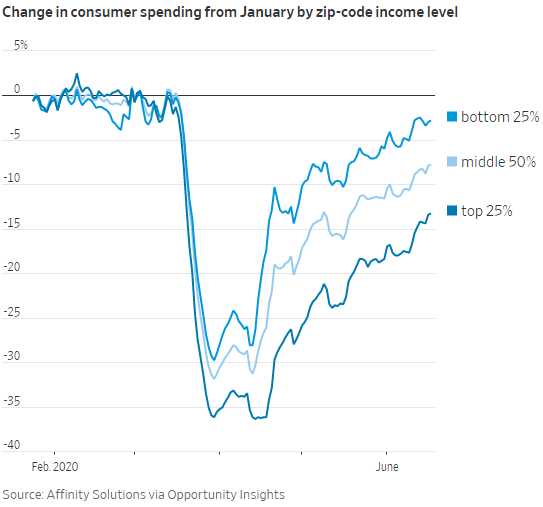 Things are looking good so far because those 30M unemployed people are still getting their $600 WEEKLY bonus checks ($18Bn/week, $72Bn/month) and those will last until July 31st and that has kept the economy from totally collapsing and has kept Consumer Spending at reasonable levels at the Bottom 25% of wage earners are now outspending the Top 25% relative to where they were before the crisis.

Pumping an annualized $864Bn into bonus checks for the Unemployed is 5% of the GDP we're adding and that's making all those economic numbers look much better than they are, not to mention the base $15Bn a week of regular unemployment benerfits that are being handed out – that's another annualized $780Bn (4% of GDP).