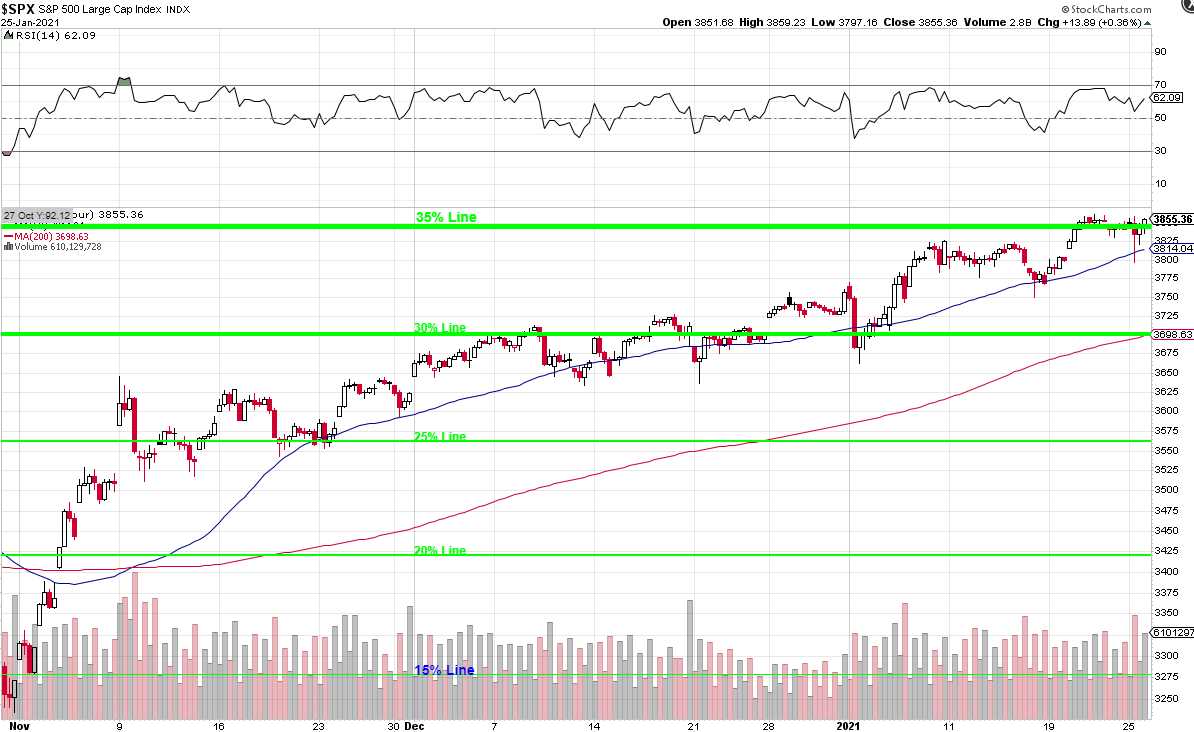 Of course, Biden has been elected so the additional $1.9Tn in stimulus (10% of our GDP) is baked in for Q1 and Biden has said he will maintain the low Corporate Tax Rates set by Trump (for now) so we STILL have that 30% underlying support to the index – as long as no one changes their minds.  The other 5% depends on earnings and so far, so good as most of the reporting companies have managed not to disappoint this quarter.

Overall, earnings for S&P 500 companies, DESPITE 20% of our GDP being direct Government stimus and another 20% of our GDP as Fed stimulus, are down 14.4% from last year but most companies are projecting some form of normalization in the second half and Wall Street wants us very much to look forward to a virus-free future and not back to a virus-ravaged past. 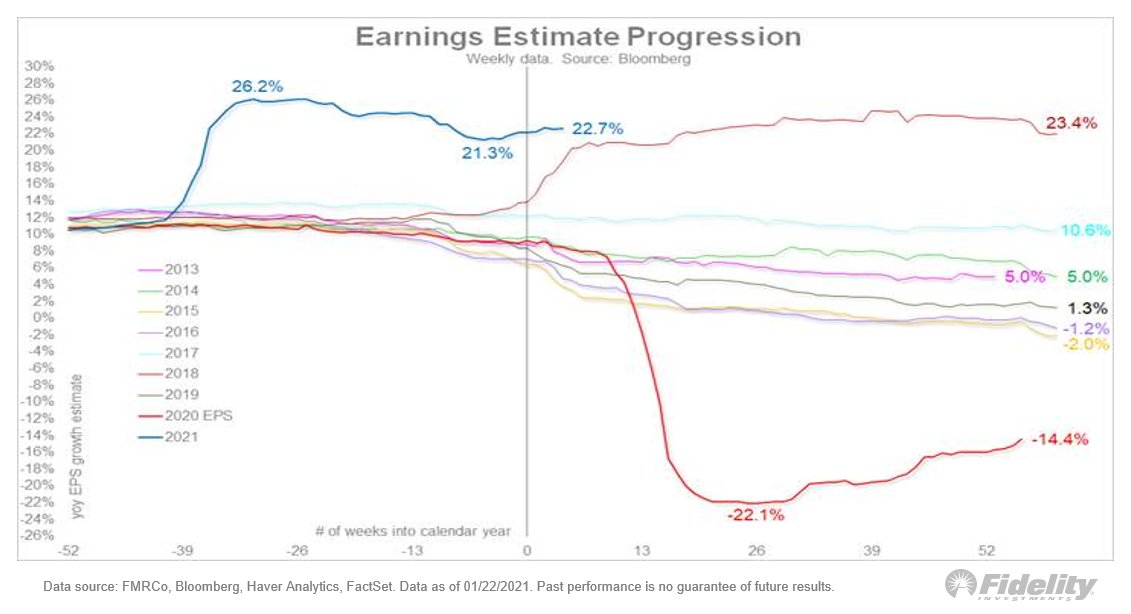 The US is, in fact, at Biden's goal now of vaccinating over 1M people per day (1.13M yesterday), but that needs to be improved upon as that's just 90M people or just over 25% of the population by the end of April – certainly not the "normalcy" Corporations are looking for.  Even 50% by the end of July would make for a poor Q3 so we must do better but, thankfully, in countries where they are vaccinating heavily, infection rates are dropping rapidly.

Israel is leading the World so far, with almost half their population vaccinated already.  UAE is at 25% and US is at 6.87% but it's only Biden's first week in office, so hopefully we can get things going and start acting like a First World Country again.

Israel is vaccinating 2 out of 100 citizens per day and they expect to be at 100% by March. …
END_OF_DOCUMENT_TOKEN_TO_BE_REPLACED

The Market Week Ahead – Earnings Start to Matter Weakening Wednesday – GameStop and Bust!
Scroll to top