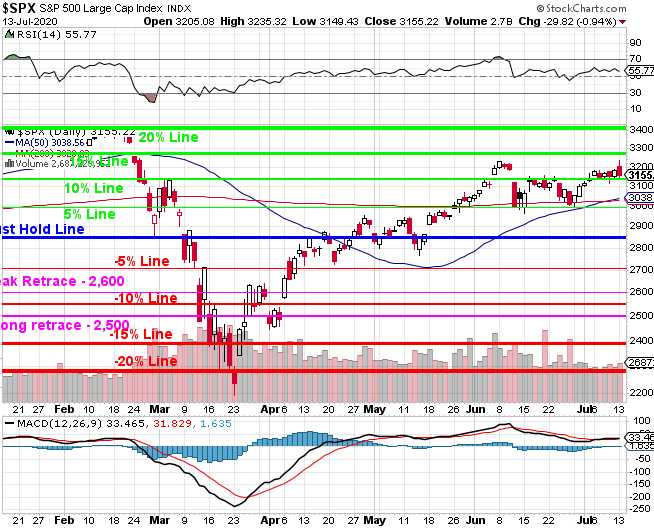 Although the Dow fell 500 points into the close yesterday we still finished the day in the green as we had quite the low-volume rally in the morning (before the market opened).  That brought in what they call the "bag holders" to buy the "rally" before they got whipsawed in the selling frenzy that over took the market in the afternoon as California announced it was going back to lockdown as the virus rages out of control (again).

See, that's what I'm talking about!  What a coincidence that news item popped up there…  That's right, not all the news is GREAT and we're still very concerned about what's going on in the World and, without new stimulus officially being announced, the market is looking just a little bit tired of rallying on rumors of virus cures, etc. and now we are getting REAL earnings reports that are not, on the whole, very pretty.

I'm sure everything will be "FINE" eventually but, for now, I'd say a little caution would be recommended – just in case it isn't.  We keep our hedges in the Short-Term Portfolio (STP) but those are getting killed recently because of Tesla's (TSLA) wild ride though we did take advantage of yesterday's spike up to sell more short calls, we're still way behind on that position though it is an excellent hedge against a market crash as I very much doubt TSLA will be immune: 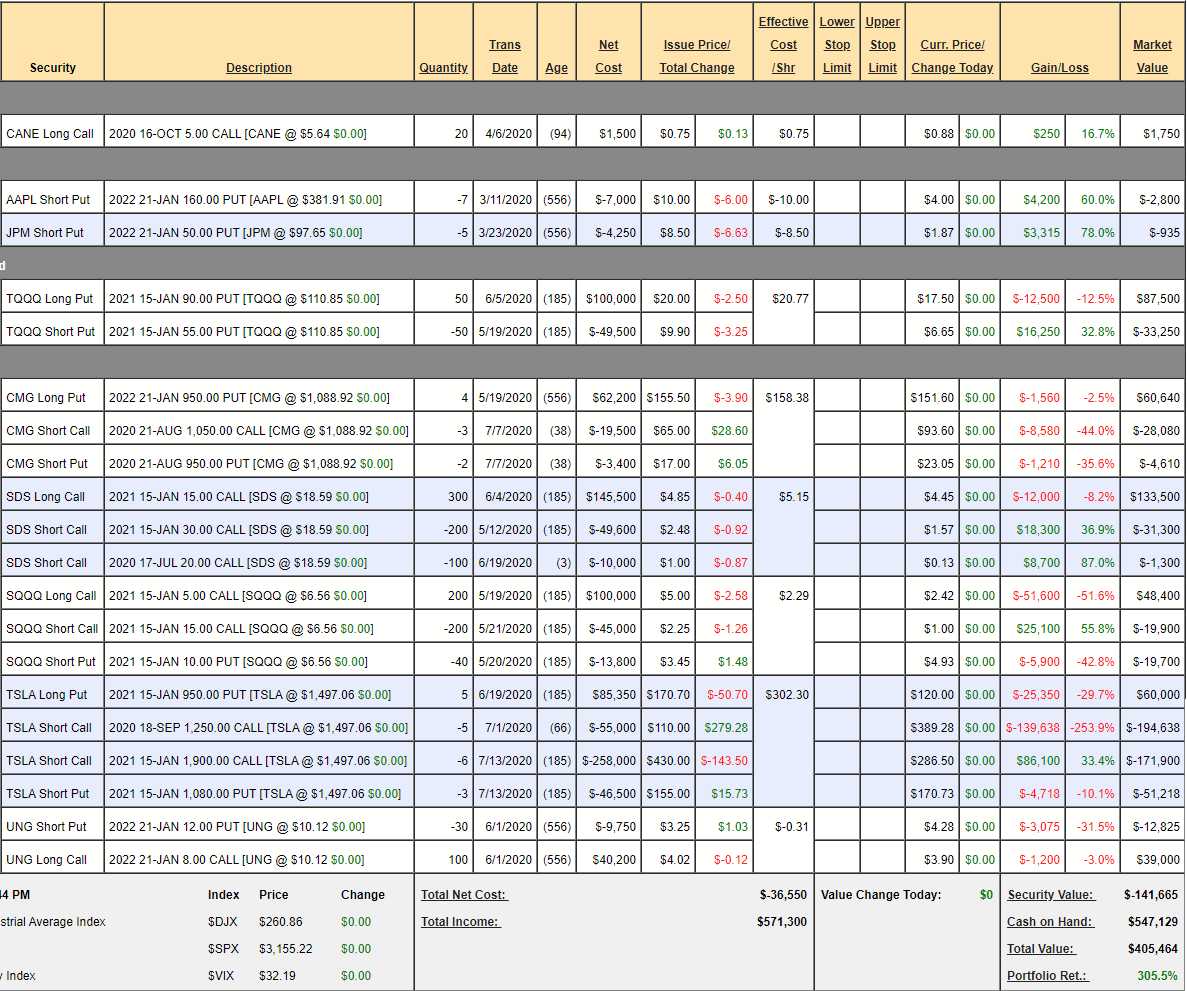 There's not much we're looking…
END_OF_DOCUMENT_TOKEN_TO_BE_REPLACED