We made it back to our favorite shorting line yesterday as the S&P 500 (/ES) once again tested the 2,800 mark, failing to cross it into the very fake, Fake, FAKE close and already down 14 points this morning but still up 35 from the 2,750 open so we'll have to see how things go on the first real day's trading of the week.

Boeing (BA) came all the way back to $400 at the day's end, down "just" 5% after being down 12.5% at the open but we're not bottom-fishing BA as there remains an open question as to whether their primary plane is safe enough to fly and it probably is, but BA is no bargain at $400, which is $225Bn for a company making $10Bn a year so p/e about 22.5 and I'm certainly more than 10% less sure BA will be able to justify that multiple than I was last week.  Other investors seem to feel differently but there's no way I'd take that risk right now.

As noted, this is a political issue as much as a corporate one and we can't really trust the FAA under Trump to make an impartial decision so we can expect a lot of countries (who don't trust Trump either – see why we watch those polls?) to ground 737 Max planes until their own agencies can re-certify the aircraft.

To some extent, the behavior of BA stock is very similar to the behavior of the S&P 500 and the other major indexes.   We made it to all-time highs and, despite numerous new risk factors popping up – the indexes keep recovering back towards the highs – as if that's where they belong – despite all the problems we are now seeing in the Global Economy.  Apparently we've learned nothing at all since 2008. 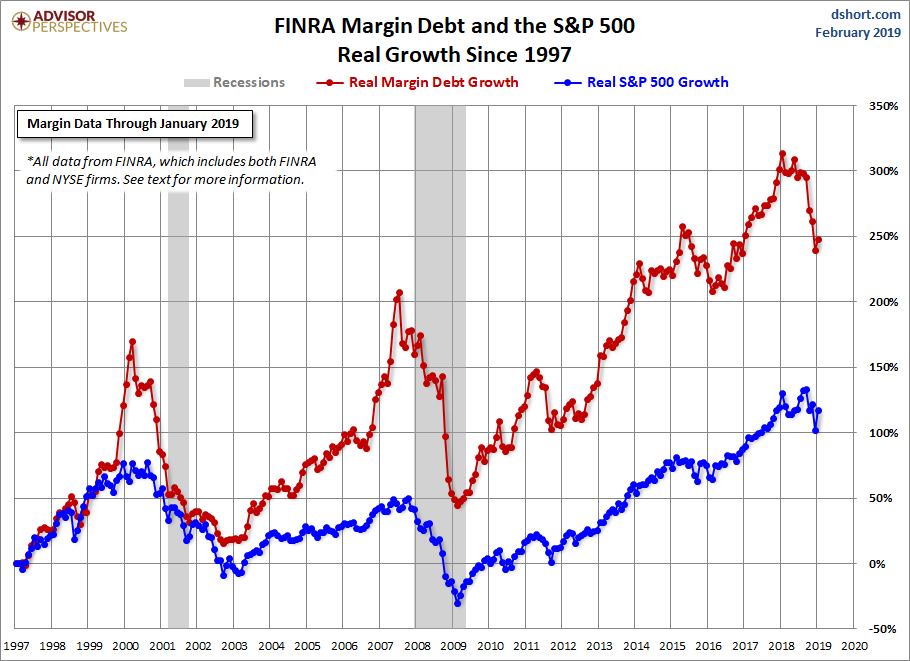 Certainly investors haven't learned NOT to buy stocks on margin as Margin Debt is 25% higher than it was in 2007 – despite being drastically reduced over the past quarter.  First Margin Debt contracts and then the Indexes contract is pretty much the market norm – as people have to buy stocks with real money and begin demanding real performance and we'd better keep our eye on this chart because it seems to indicate we're pretty close to a significant correction.