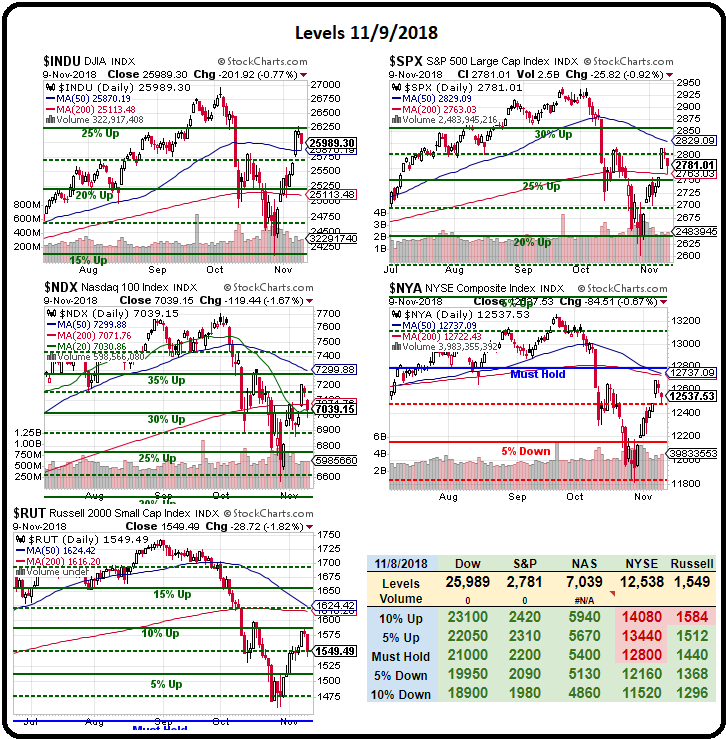 Well, you can't say we didn't see this coming.

On the right is where we closed last Friday, just shy of 26,000 on the Dow, just shy of 2,800 on the S&P, 7,039 on the Nasdaq, 12,573 on the NYSe and 1,550 on the Russell.  It may have seemed like we were recovering but this is why we have to ignore our instincts (bullish or bearish) and just watch the bounce lines according to our 5% Rule™ before making drastic changes to our portfolios.

I had warned about being fooled by the bounces in Friday's Morning Report and on Monday we laid out our game plan for the week and I don't go over them to show how right we were but it's good to reveiw what we said then in retrospect so the next time we tell you what is likely to happen, you have better context for how our predictions play out. We were wrong on SLW on earnings, they went $1 lower but we still love them long-term and our warning for the week played out as I said on Monday: