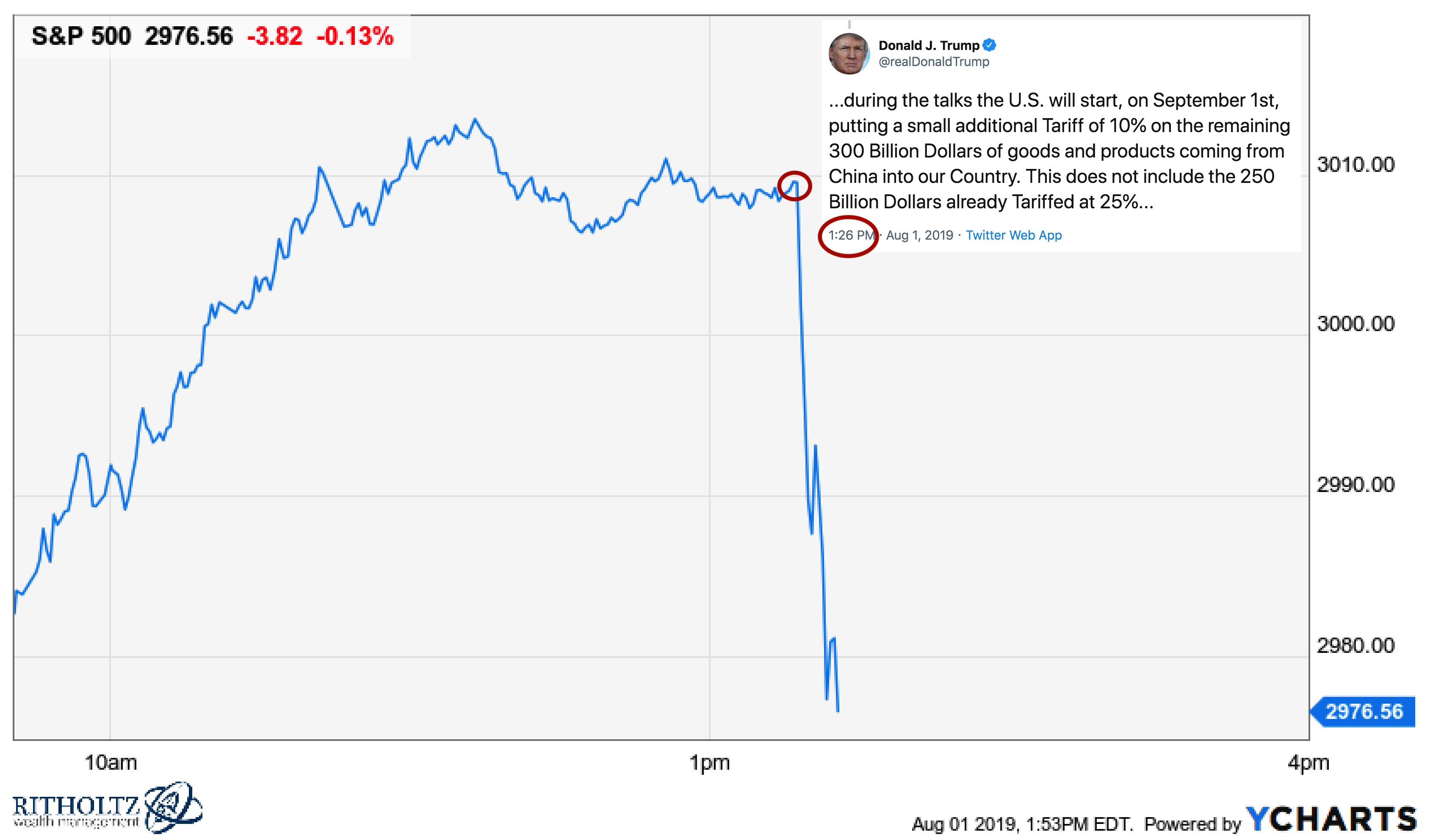 All of our summer gains are completely wiped out – thanks to the Tweeter in Chief, who sent the markets flying lower by proclaiming additional tariffs on China after this week's meeting yeilded no progress.  Of course the meeting was just an excuse to place more tariffs as the US could hardly be serious taking a 14-hour flight to Beijing to have a 4-hour meeting and then not schedule the next one until September.

This is just political theater aimed at dragging out the negotiations while Trump places more taxes on the American people to add to his re-election slush fund that lets him hand out "relief money" to his biggest donors.   Fortunately for Trump, as I pointed out Wednesday morning, his base is too dumb to know they are being robbed by the President, who confidently repeats the lie that China is paying these tariffs so often that it really is hard to keep a grip on reality.

Even by the President's own warped logic that China somehow magically pays for the tariff tax that is solely levied against US Citizens and Corporations, what about the retaliatory tariffs China has placed on US Goods?  Wouldn't that mean that we are paying for those?  Of course China makes no such claim because their people aren't idiots and, so far, China has "only" placed $113Bn worth of Tariffs on US goods but China last night said they will retaliate against Trump's new round of Tariffs.

As I've been saying since this began – this has nothing to do with China. Trump wants to tax the American people $125Bn to pay for the tax breaks he gave to his family and his Top 0.1% buddies and that's also why Trump was so gung-ho to ram a budget bill through that would raise the debt ceiling (and our debt) by $2.5Tn – BEFORE his tax breaks became an issue and were possibly repealed.  Now he's got his tax cut extended for 2 more year and the first thing he does is go out and place more tariffs because that's "found money" in his budget that he can then turn around and hand out…
END_OF_DOCUMENT_TOKEN_TO_BE_REPLACED