I know some of us forgot that markets don't always go up.  As I have been warning you for quite some time, they can go down very violently after these low-volume rallies.  I think the worst thing about yesterday's sell-off is that there wasn't any particular bad news and, in fact, we're being promised vaccines by Election Day (what a coincidence) and whether they work or not is certainly not the point from the same people who gave us hydroxychloroquine and suggested we drink bleach and inject sunlight into our bodies. 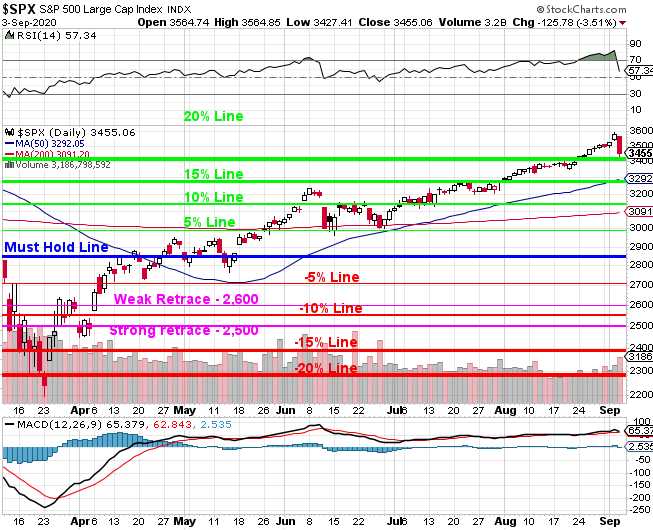 A failure of the weak bounce on the first day after a drop is a very bearish sign and, by day two, which is all the way to Tuesday now with the Holiday Weekend, would also be a bearish sign while clearing the strong bounce…
END_OF_DOCUMENT_TOKEN_TO_BE_REPLACED