That's right, we opened on Monday at 2,763 and closed at 2,750 on the S&P (/ES) and this morning we're at 2,782 and climbing on a supportive note out of China, whose entral bank governor and banking and securities regulators said recent volatility in Chinese stocks didn’t reflect the nation’s economic fundamentals and “stable financial system.”

That flipped the Shanghai up 2.5% into the close, reversing a sharp downturn as China released weaker (6.5%) GDP data than expected (6.7%).  Chinese exports, by the way, held steady from last quarter as they are not, so far, being affected much by Trump's tarrifs, which is actually bad because that means that there's more potential trouble for their economy ahead.

So here we are again, two weeks later, a little worse for the wear yet people, including reporters who should certainly know better, are calling me on the phone and saying "can you believe this rally?"  Well no, I really can't believe it – it seems kind of unbelievable that we rally yet again on the same "progress" in China trade that both countries trot out to boost their markets when it suits them. 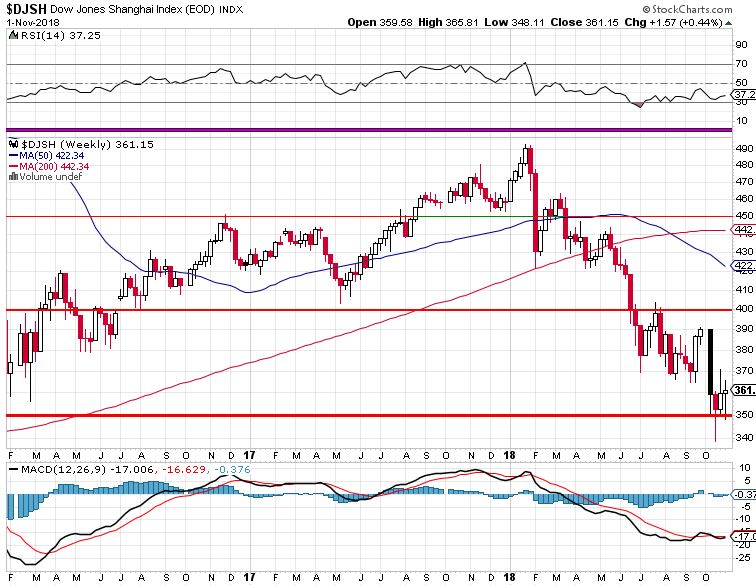 Thursday Thoughts – Holding Nasdaq 7,000 is up to Apple (AAPL) Meaningless Monday Market Movement – Waiting on the Election
Scroll to top