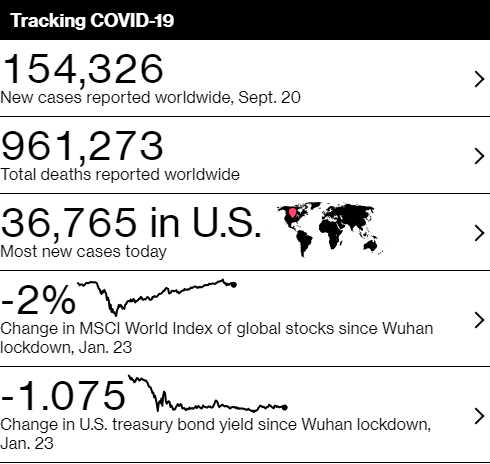 "At least one more cycle."

That's what former FDA Commissioner Scott Gottlieb said he expects for the US as the virus moves into the fall and winter when, presumably, it's more active.  U.K. Health Secretary Matt Hancock said the country is at a “tipping point” and more measures will be taken unless people comply with rules to contain the resurgent coronavirus. He didn’t rule out national action.

There were 36,765 new cases in the United States YESTERDAY – the most new cases on the planet Earth and almost half as many people that have been affected in China, TOTAL, in a single day – yet Trump still calls this the "Chinese Virus" despite America being the epicenter of the World since March.

If, as top scientists fear, we are heading into a second cycle of viral infections, we are now starting off a base of 31,089,558 cases in September vs 100,000 in March that expanded over 300 times in 6 months.  Despite the cautions we have in place, 36,765 people in the US caught the virus yesterday – that's 1% of all the cases in the World, that's 30M cases in 100 days kind of pace.  We are FAILING to contain the virus bigly: 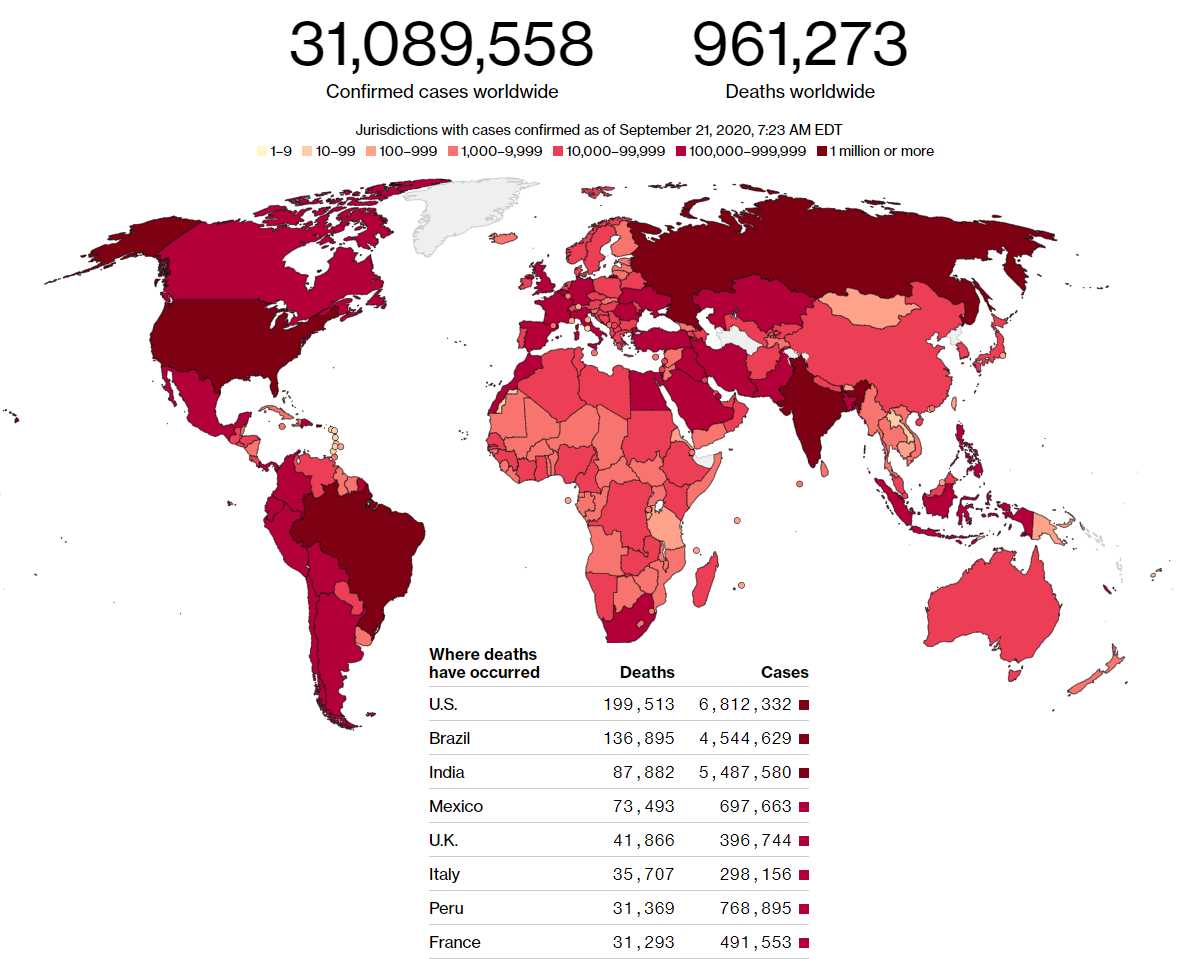