What a busy week!

It hasn't even started yet and the dow is up over 400 points.  Why?  Who know?  Actually, it's because it's Monday and Monday's pre-market futures are very easy to manipulate.  Trump is 10 points behind Biden in the WSJ/NBC poll so he has to at least push the markets up into the election so he can keep pretending he's got a great economy.   It's hard for him to keep up with the other charade – that he's "beaten" the virus – when the infection rate is hitting new daily records in the US 50% higher than the previous peaks after the July 4th idiocy and now it's time for holiday idiocy, where you get to infect your entire family at Thanksgiving.

My Nephew, Neice and Sister-in-Law all got it last week and they all seem to be doing OK, thank goodness but that's how fast it spreads through a house – as soon as my Nephew showed symptoms it was too late for his mother and sister to avoid it.  Testing might have helped but we don't test – so we'll never know.

Stanford did a study of 18 Trump rallies between June and September and found that 30,000 of his followers were infected with 700 of them dying for their leader.  Trump knew about this early on and held the rallies anyway as he loves the idea that his followers are willing to die for him – what's a bigger power/ego trip than that?   At a rate of 1,000 infections per day doubling every 3 months, we'll all be dying for Trump in the near future?  How soon, you may ask? 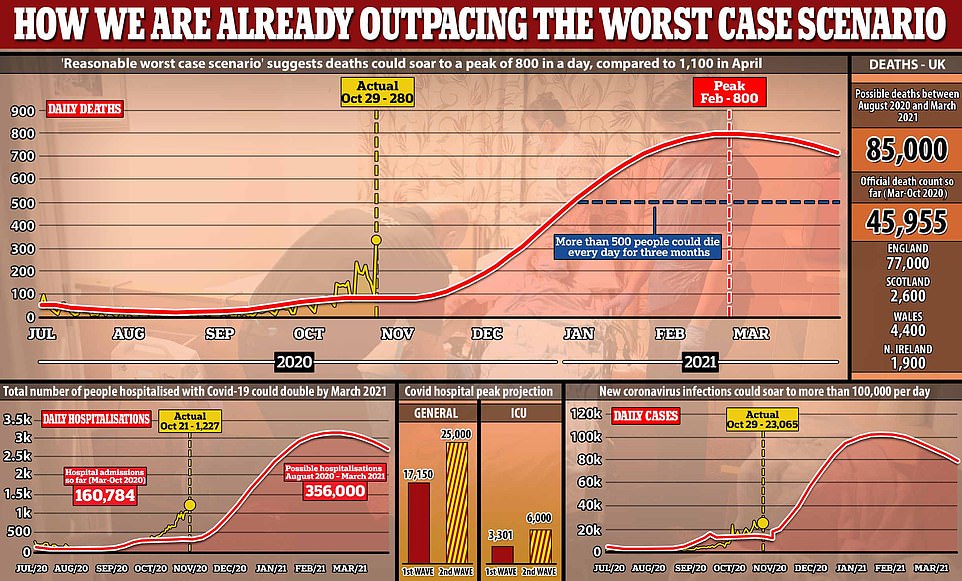