Are we there yet?

The Futures were signaling peak euphoria as the Democrats failed to nail Donald Trump (as usual) despite 37 indictments of the people around him.  Mueller's testimony was a huge disappointment as he stuck to the letter of the report (as directed to by Barr) so there were no big reveals to move the needle forward on Trump's corruption.  Though there are still 5 open investigations, no one is in the mood to even talk about them after 2 years of Mueller came to nothing other than a certaintly that Russia massively intervened in the US elections to make Donald Trump President and 10 instances in which the President then obstructed the investigation into the Russian interference.  You know, no big deal and we should all drop it because there wasn't a smoking gun.

As the President said: "I could shoot someone right on 5th Avenue and they couldn't convict me."  Turns out he wasn't just bragging.

Obviously, the markets were pleased to not have the turmoil of an impeachment as it seems unlikely now that the Democrats have enough ammunition – or the will – to go down that road when the election is only 16 months away.  There's certainly enough evidence out there to show what Trump did and the election will come down to a question of whether or not Americans care if they have a Russian-backed leader who flaunts the laws of the land.  As long as the economy stays strong – why change horses, right?

The ECB is about to change horses as Draghi holds his last press conference but they surprisingly held rates steady, despite all rhetoric to the contrarcy and that's spooking the markets, which were up sharply ahead of the decision.  If the ECB isn't lowering rates, maybe our Fed won't lower rates next week either and without lower rates – how will the economy survive?  I mean really, is this what we've come to? 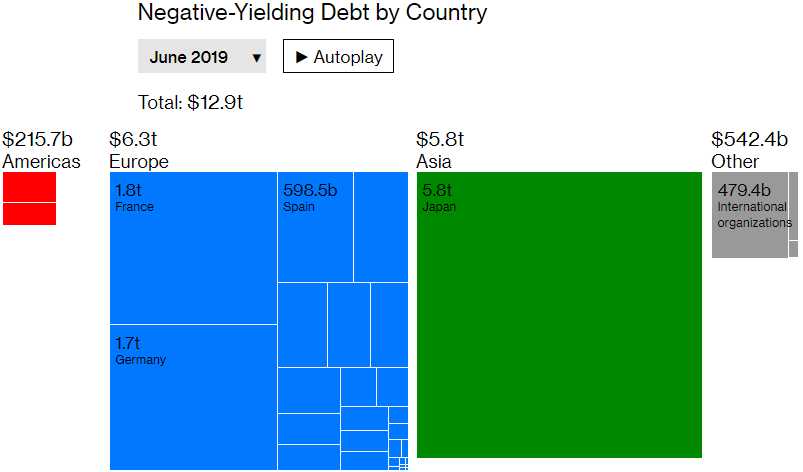 Despite leaving rates unchanged, Draghi did say that they expect rates to remain at the current level AT LEAST through the first half of 2020.  10-year notes in Europe currently yield 0% and, taking into account transaction fees AND…
END_OF_DOCUMENT_TOKEN_TO_BE_REPLACED