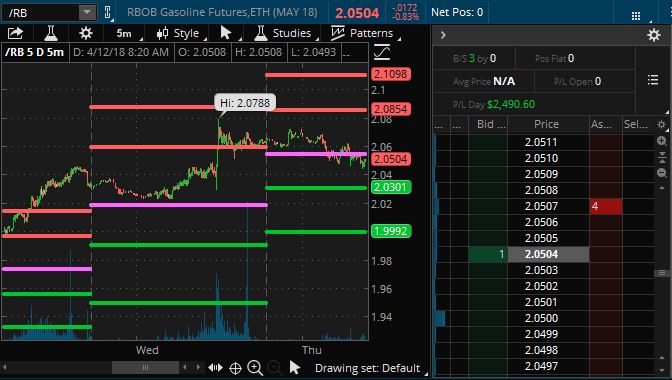 As you can see from the chart, we made just under $2,500 shorting Gasoline (/RB) futures into yesterday's run-up after inventories.  We also picked up $1,560 on our oil shorts so all is very, very well this morning despite a slow week trading futures (it's generally been too crazy to risk).

Things are still risky but we had a net build in EIA inventories yesterday so the Fundamentals were bearish and oil spiked up on Syria fears but Syria themselves are not big suppliers of oil and the real news is OPEC, for the 5th time this year, being forced to admit the rest of the World is simply filling the gap of their production cuts (now 1.8Mb/d) with overall Global Supply UP 180,000 barrels a day led by the US adding 1.5Mb/d – mainly from shale production. There's simply no Fundamental reason for oil to be over $65 so, yesterday, when we got that silly spike up on oil after the weak Inventory Report, I said to our Members: 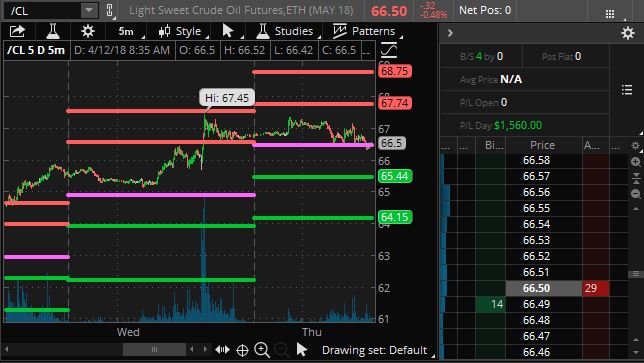 As you can see, $67.45 turned out to be the dead to – perhaps BECAUSE we called it but we'll take the win either way and we'll certainly take the $1,560 profit!  This morning we stopped out back over $66.50 but we're happy to go back short on /CL below that line with tight stops above.   The Dollar is back over $89.50 and, as long as we hold that line – I'll be liking the oil short but we should be thrilled to take $500/contract gains at $66 as it's still almost the weekend – which is a very dangerous time to be shorting oil.