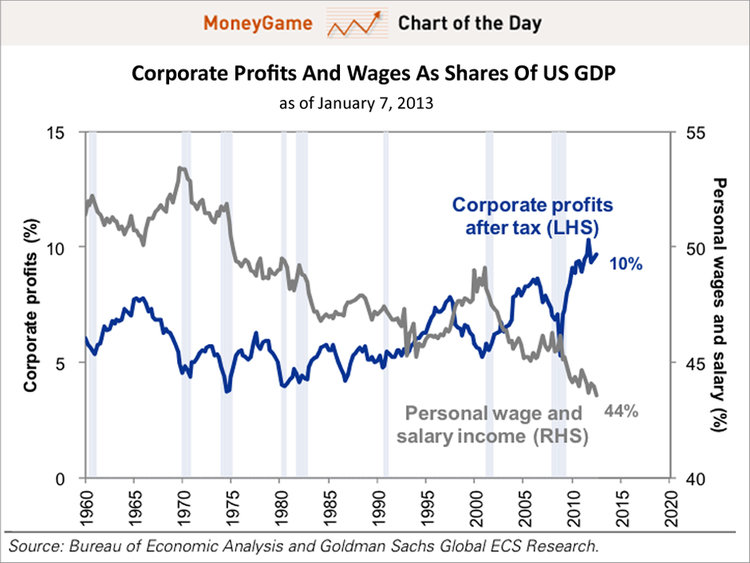 The markets threw a little temper tantrum yesterday when they "only" got a 0.25% rate cut from the Fed and then, adding insult to injury, Chairman Powell did not promise more cuts for sure but said he might if wages stay low – so there's more incentive for our Corporate Masters to not pay us a fair share of the profits.

As you can see from the chart on the right (which has gotten worse, not better, since), Corporate Profits do keep rising but wages have been on a completely different track – especially since the Financial Crisis as Corporations were bailed out and people were not.  The $15 minimum wage is hopefully going to balance that just a bit – but we're miles away from anything resembling a fair distribution. 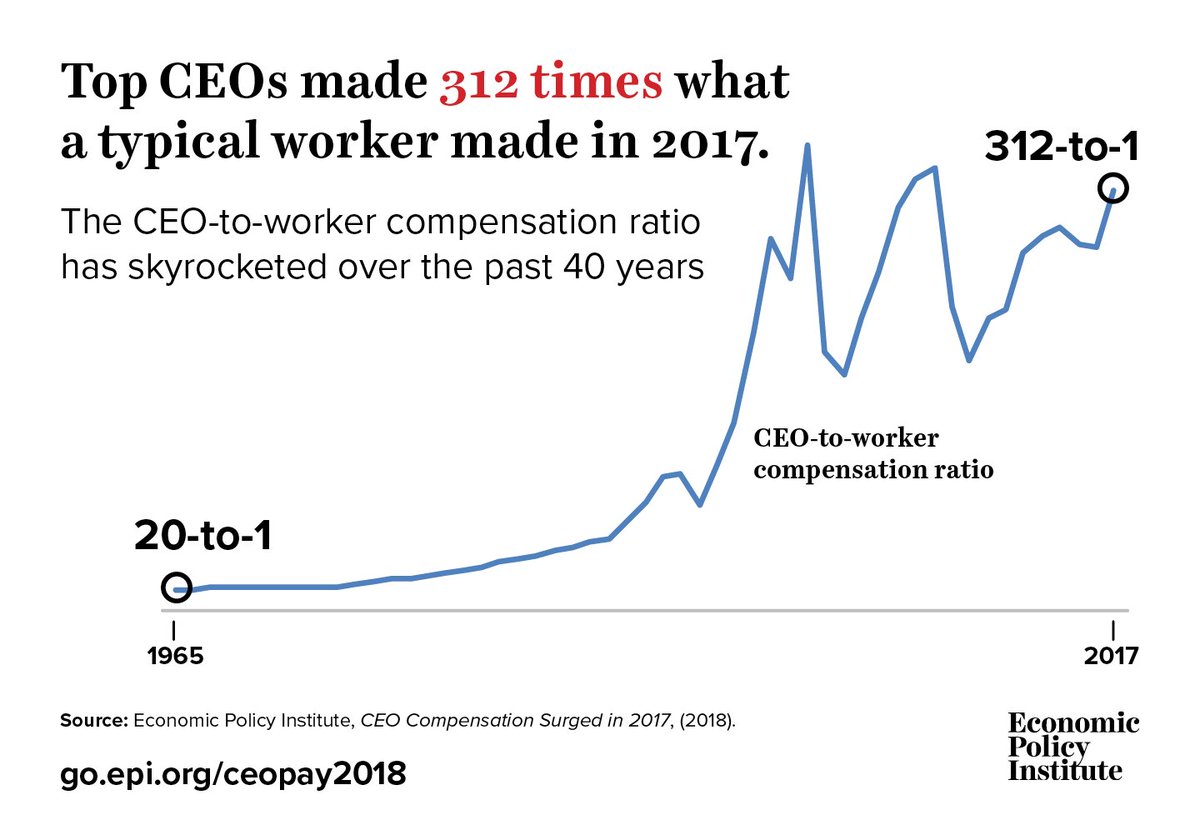 If you really want to Make America Great Again – maybe we should go back to the days when CEOs made 1/10th of what they do today and workers made 16% more than they do now.  That's the problem, in order for one rich guy to go from 20x the average wage to 312x the average wage – you have to take 16% away from the other 99 guys.  Why do they put up with that?

They might not for long as Democratic Candidate and Mayor of New York City said in yesterday's debate that "We will tax the Hell out of the Wealthy" saying: