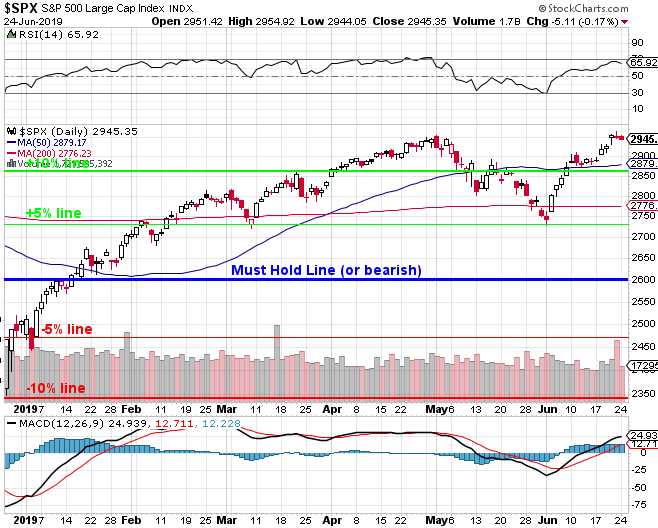 7,750 on the Nasdaq (/NQ) and 26,800 on the Dow (/YM) are the other lines to watch and we've made good money – over and over again – shorting the Dow Futures at that spot.  We got some good market news this morning as AbbVie (ABBV) is buying Allergan (AGN) for $63Bn, which is 50% over yesterday's closing price.  When investors see one deal like that, they assume the whole sector is undervalued.  ABBV may be overpaying as AGN only has $15Bn in revenues and has lost money consistently and is a bit of a one-trick pony with Botox, which is more than half their total sales but they were supposed to turn things around this year and they did make $2.5Bn last quarter ($5Bn profit projected for 2019) – so I guess they saw something others did not in their due diligence.

Meanwhile, tensions with Iran continue to heat up as Iran's President Hassan Rouhani called the White House “mentally retarded,” dismissing the Trump administration’s latest round of economic sanctions as pointless and declaring that Iran would not be intimidated.  Rouhani’s personal attacks on Trump are especially significant. In the context of the Iranian political system, Rouhani is regarded as a moderate who is relatively open to negotiations with Washington, and the insults from Rouhani further diminish the already-remote prospects of talks between the two sides.