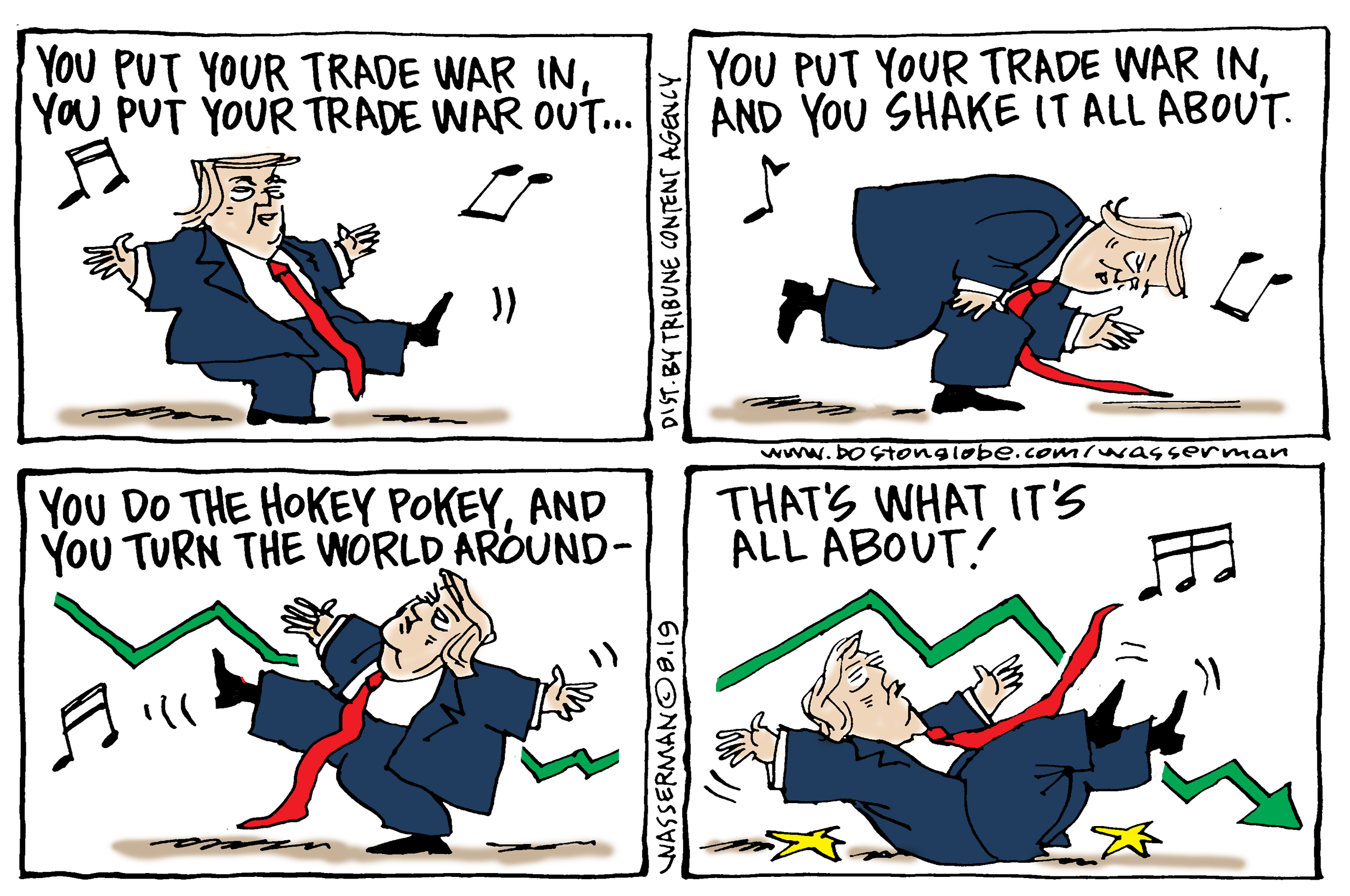 Keep in mind that, a month ago, we were told the deal was ready to sign and it amazes me that, almost every day, the Financial Media carries articles that say "President Trump Says Great Progress Being Made" as that's like running headlines saying "Boy Who Cried "Wolf" Says There's a Wolf".  Are we seriously that dumb?  Apparently, you can fool some of the people ALL of the time because someone is that dumb and the market rallies EVERY SINGLE TIME on the same news it rallied about last time.

Remember, all Trump even promised was a LIMITED deal, a part one of 5 or whatever because there was no way they could even pretend to be close on an overall deal.  In fact, 100 Economists polled by Reuters don't expect a real trade truce until 2021 - let alone next week.  While the median probability of a Recession for the coming year fell to 25% from 35% last month, the Economic Growth outlook remained modest.

Over 80% of 52 respondents to an additional question said the Fed had done enough to delay the next recession but that already-modest growth forecasts were largely left unchanged.  "I think in terms of the risks, they are probably still tilted towards the Fed maybe cutting rates once more at some point in the coming months if growth slows further, certainly if there is some renewed breakdown in trade talks," said Andrew Hunter, senior U.S. economist at Capital Economics.  "But barring that, it does look like they have done enough to avert a recession. In our baseline forecast, there is growth slowing a little bit further over the next couple of quarters but starting to recover next year." 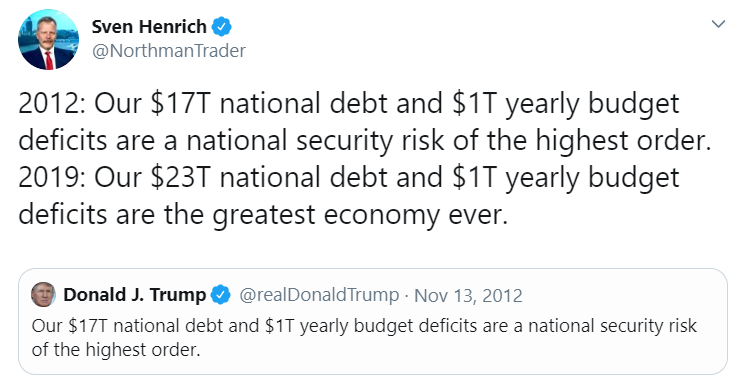 I gave my own Economic Forecast last night on Money Talk, embracing the uncertainty: 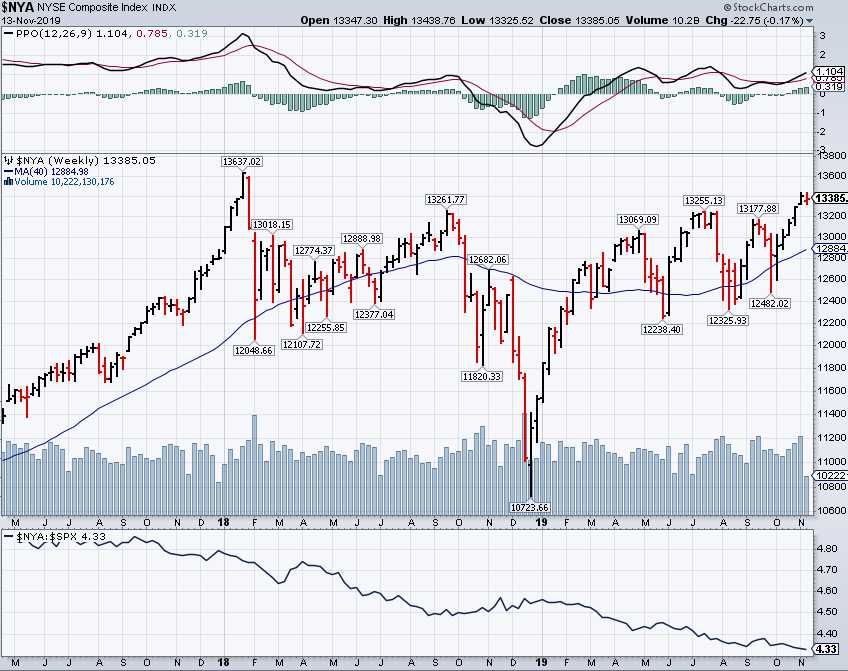 As you can see, the NYSE has indeed been drifting along under the 13,500 line for two years after breaching it early in 2018.  The NYSE is the…
END_OF_DOCUMENT_TOKEN_TO_BE_REPLACED