Though these were vague statements, the markets instantly reacted as if the Trade War ended and we flew back to the highs that we lost yesterday afternoon (still not strong bounces).  There's nothing really to do but sit back and see what sticks but, far from a victory for Trump, Xi took the time to criticize the US President and his policies.  As noted in the Wall Street Journal:

“In a world aspiring for peace and development, the Cold War and zero-sum mentality look even more out of place.” Mr. Xi told the Boao Forum, a government-backed gathering of business and political leaders on the tropical island of Hainan.

“Putting oneself on a pedestal or trying to immunize oneself from adverse developments will get nowhere,” he said.

Many of the initiatives Mr. Xi offered up have been previously proposed. That, along with the lack of definite schedules for action, drew some skeptical reviews from foreign business executives and Chinese researchers alike.  “We have every intention to translate the measures into reality sooner rather than later,” Mr. Xi said, though he didn’t provide a clearer timetable for those or the other measures announced. 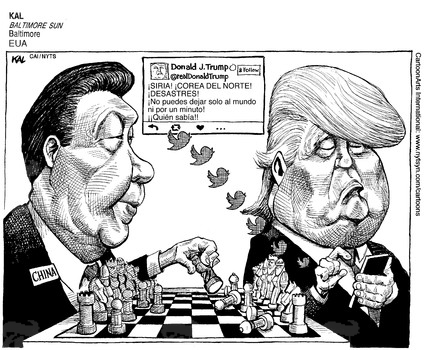 If Trump is smart (debateable), he'll thank Xi and move on – WITHOUT declaring victory.  Only by stressing cooperation can we back off the cliff of this Trade War but, of course, the cooperation Xi envisions is essentially Globalization – the very thing the Trump Administration and their…
END_OF_DOCUMENT_TOKEN_TO_BE_REPLACED