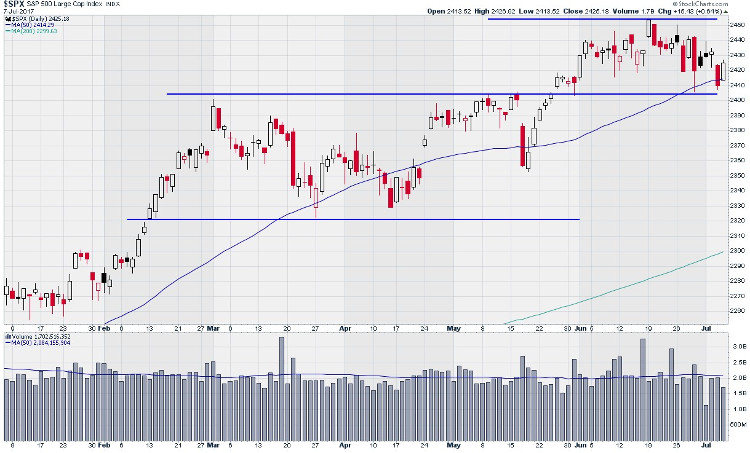 Yesterday morning, in our Live Member Chat Room, we took a bull play on the Russell Futures (/TF) at 1,408 and we caught a nice 10-point move up for $500 per contract gains in 2 hours at which point I said to our Members:

Now we take that off the table and look for either a fresh horse or, because the indexes all look toppy now, look for a possible reversal.

So shorting /NQ with the stop above 5,700 is the most likely play now.