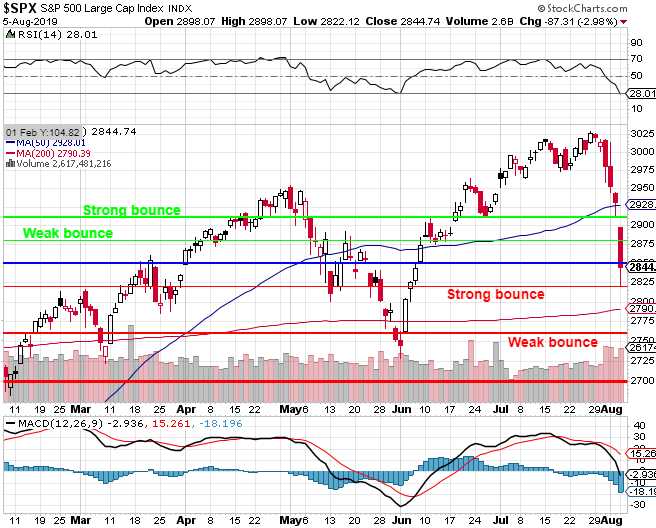 Yesterday, at 3:25 pm, in our Live Member Chat Room, I said we are very likely on the way to 2,700 on the S&P but, before that happens, we were very likely to get at least a weak bounce:

This morning, the talking heads on the MSM are saying we are bouncing because China didn't devalue the Yuan as much as feared but that's not the real reason we were dropping, that was the White House spin on why we were dropping to deflect the blame away from the President and his idiotic tariffs and yesterday, the US branded China a Currency Manipulator – further escalating trade tensions and making it less likely we'll be coming to an agreement – there's nothing bullish about that. 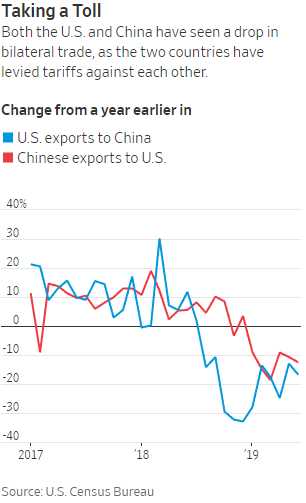 In addition to the currency move, Beijing said that Chinese companies had suspended purchases of U.S. agricultural products, and that the government has not ruled out putting tariffs on U.S. farm goods purchased after Aug. 3rd.  China’s Central Bank said Monday’s depreciation was “due to the effects of unilateralist and trade-protectionist measures and the expectations for tariffs against China.” People’s Bank of China Governor, Yi Gang, said that China…
END_OF_DOCUMENT_TOKEN_TO_BE_REPLACED