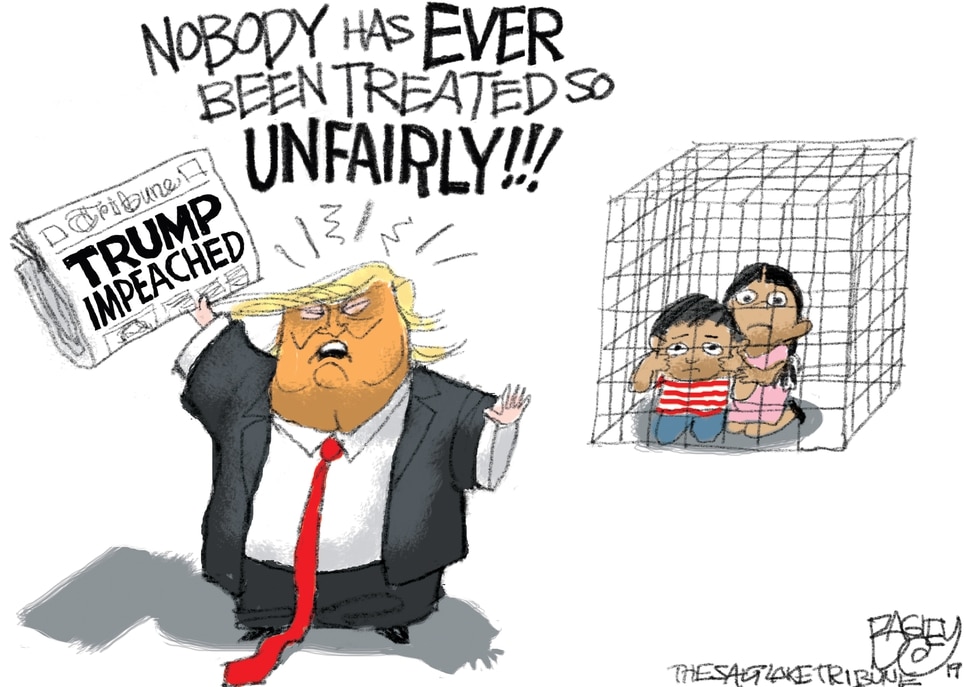 Impeachment begins in earnest this week.

It may end just as quickly as the GOP-controlled Senate is looking to acquit Trump as soon as possible, preferably without hearing from any witnesses or reviewing any evidence.  This farce will be overseen by Chief Justice John Roberts – which is very sad for our rule of law, of course, as it legitimizes this behavior and sets a precedent for future dictators to rule our country by.  Nonetheless, at least it will be interesting.

Trump, like Carlos Goshn, has already fled the country and is in Davos for the World Economic Forum, where he just gave the first keynote address in the 50-year history of Davos that did not mention the World at all – except to say how much better Ameirca is than the rest of it.  As noted by the NY Times:

In his 30-minute address in front of a global audience, Mr. Trump did not mention the impeachment trial back home. But he delivered what amounted to a version of his campaign speech minus the red meat to his base, speaking little of international alliances other than touting America’s supremacy in the world.

The president also took a swipe at people demanding action on climate change, the lead agenda item at this year’s conference. Mr. Trump announced that the United States would join the 1 trillion trees initiative launched at the World Economic Forum. But he also declared that “we must reject the perennial prophets of doom.”

The message at Davos was very clear to all but Mr. Trump.  So clear in fact that it was written on the roof of the building: 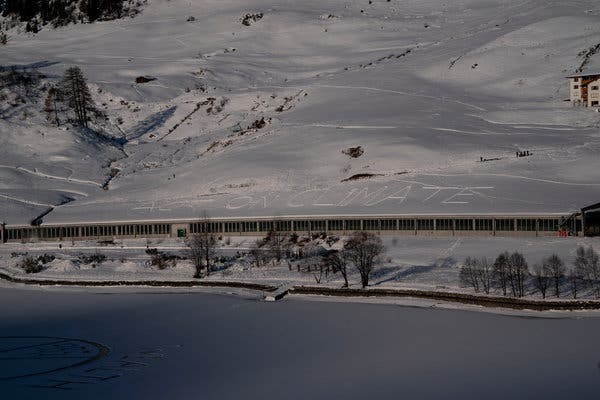 Global warming and climate change top the agenda items for the conference. A star speaker on Tuesday, alongside Mr. Trump, is the 16-year-old climate activist Greta Thunberg, who has said she wouldn’t “waste her time” speaking to Mr. Trump about climate change.  Trump has withdrawn America from the…
END_OF_DOCUMENT_TOKEN_TO_BE_REPLACED