May has not been kind to the markets.

The reason the 5% Rule is so amazing at predicting these levels weeks in advance is that it's not TA, we're merely exploiting the mathematical convergences inherent in bot-trading programs – which dominate trading these days – ESPECIALLY in low-volume markets, like we're having now.  In fact, here's the S&P chart we drew on 5/15 – still stuck in the range we expected: 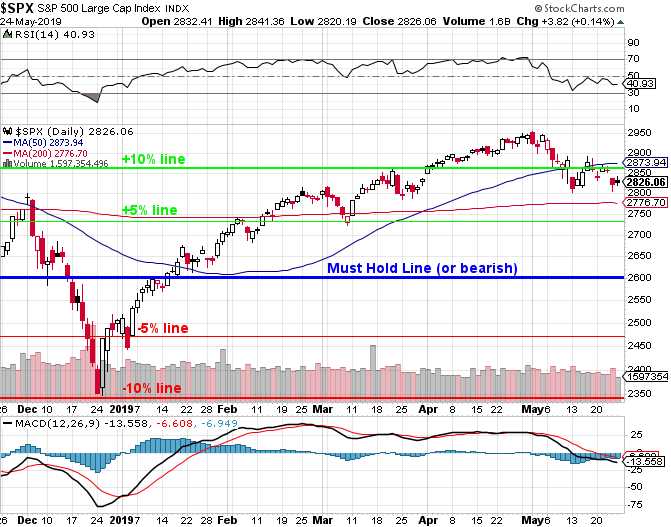 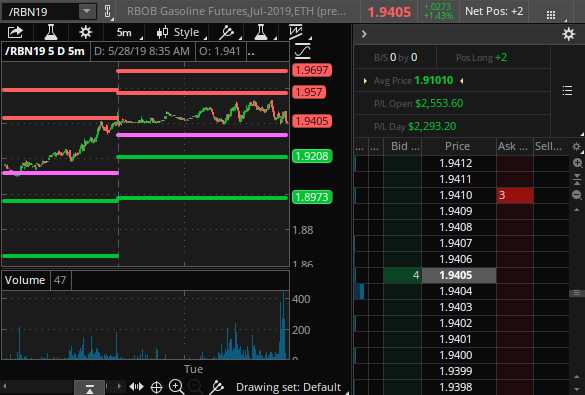 Speaking of things that were up to you – congratulations to all who stuck it our with us on our Gasoline (/RBN19) trade as we got a nice pop Friday that followed-through into this morning and now we're up over $2,500 on two contracts and we're very happy to lock that in with a tight stop at $1.94 since both Silver (/SI) at $14.30 and Natural Gas (/NGv19) at $2.60 are both back to our buy points as the Dollar pops back to 97.70 so we're happy to switch horses at this spot.

Fututres have been all over the place as Trump said yesterday that the US is "not ready" to make a Trade Deal with China.  China's Industrial Profits fell  in April but that was before the new round of tariffs so it's hard to say if Trump is "winning" or just kicking China while it's down – something the Middle Kingdom will not soon forget.  In reality (something the President is not very familiar with), the drop in profits was mainly due to the comparison to high profits a…
END_OF_DOCUMENT_TOKEN_TO_BE_REPLACED

Friday Flip Flop – Market takes back SOME of the Losses – Still Down 5%... Whipsaw Wednesday – They are Selling in May and Going Away!
Scroll to top