The Futures are up another 3.5% this morning, pre-market as China reports NO new cases of the virus and Trump touts his "miracle cure" that people have already died from taking.  Day after day, the salesman turned president has encouraged coronavirus patients to try hydroxychloroquine with all of the enthusiasm of a real estate developer. The passing reference he makes to the possible dangers is usually overwhelmed by the full-throated endorsement. “What do you have to lose?” he asked five times on Sunday.

As it turns out, the real question is "What does Donald Trump have to gain?"  If hydroxychloroquine becomes an accepted treatment, several pharmaceutical companies stand to profit, including shareholders and senior executives with connections to the President.  Trump himself has a small personal financial interest in Sanofi (SNY), the French drugmaker that makes Plaquenil, the brand-name version of hydroxychloroquine.

"Some associates of Mr. Trump's have financial interests in the issue. Sanofi's largest shareholders include Fisher Asset Management, the mutual fund company run by Ken Fisher, a major donor to Republicans, including Mr. Trump," said the report. "Another investor in both Sanofi and Mylan, another pharmaceutical firm, is Invesco, the fund previously run by Wilbur Ross, the commerce secretary. As of last year, Mr. Trump reported that his three family trusts each had investments in a Dodge & Cox mutual fund, whose largest holding was in Sanofi."

While China may have gone a day with no new cases of COVID-19, the US blasted up from 337,933 cases yesterday morning (4 times more than China, which has 5 times more people than the US does) to 368,449 (up 9%) this morning and we now have 10,943 deaths – the third highest count in the World behind Italy (16,523) and Spain (13,798), which are both openly considered disasters (and they got hit hard with infections 3 weeks before we did – so we may just be lagging on deaths as we have double their infections). 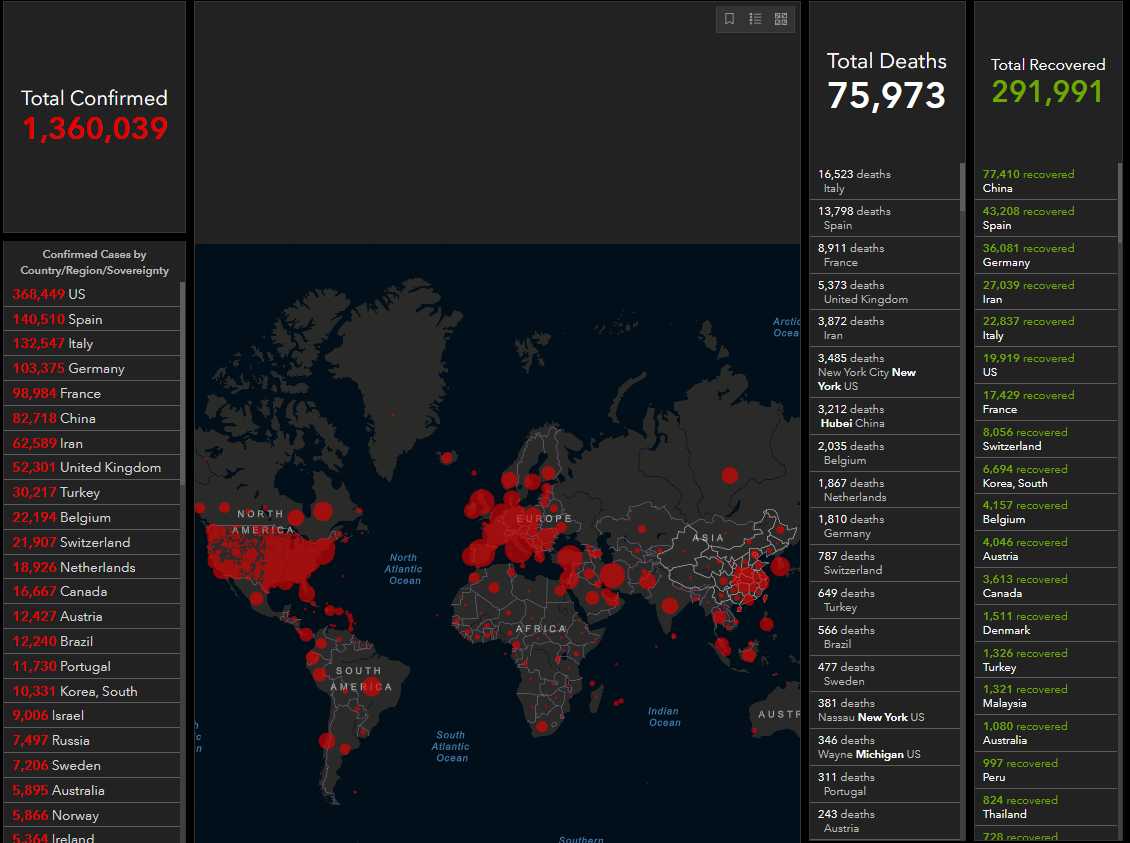 How does America have 4 times more virus cases than China (1.44Bn people) and India (1.4Bn people) combined with 1/10th the combined population?  According to Donald Trump, it is Obama's fault.  Italy and Spain say it's…
END_OF_DOCUMENT_TOKEN_TO_BE_REPLACED