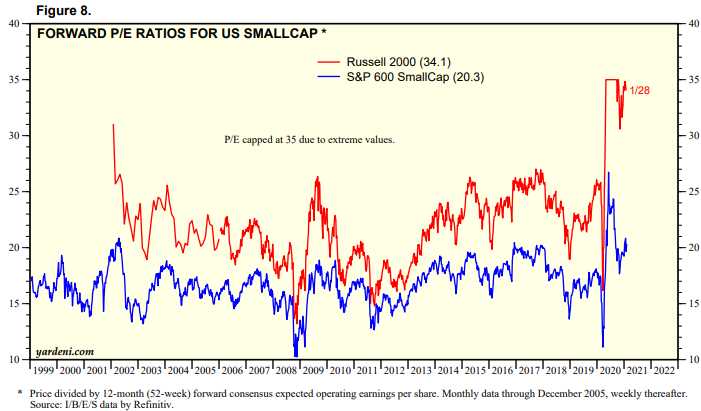 The secret, of couse, is to completely ignore the true value of stocks and just assume that, whatever price they are now, they can be higher later.  Fortunately, what can't be higher later is the price/earnings ratio of the Russell, which is pinned at 35 and they cap the p/e measures at 35 so stocks that have p/e's of 1,000 don't throw off the scale but, of course, 35 was a number they picked because it was exreme and ridiculous and it was very unlikely ANY stock would exceed 35 for very long before the public became outraged and dumped it.