Now Apple (AAPL) has warned they will miss on revenues.

At some point, investors are going to start taking this seriously, I think.  130+ S&P 500 companies have mentioned Coronavirus as affecting them somehow but only 40 guided down over the issue but now AAPL is one of them so it's making things interesting.  Fortunately, in Friday morning's PSW Report (which you can subscribe to here), we shorted the index futures over the weekend and that was good for a total gain of $6,622.50 – a great way to start the week! 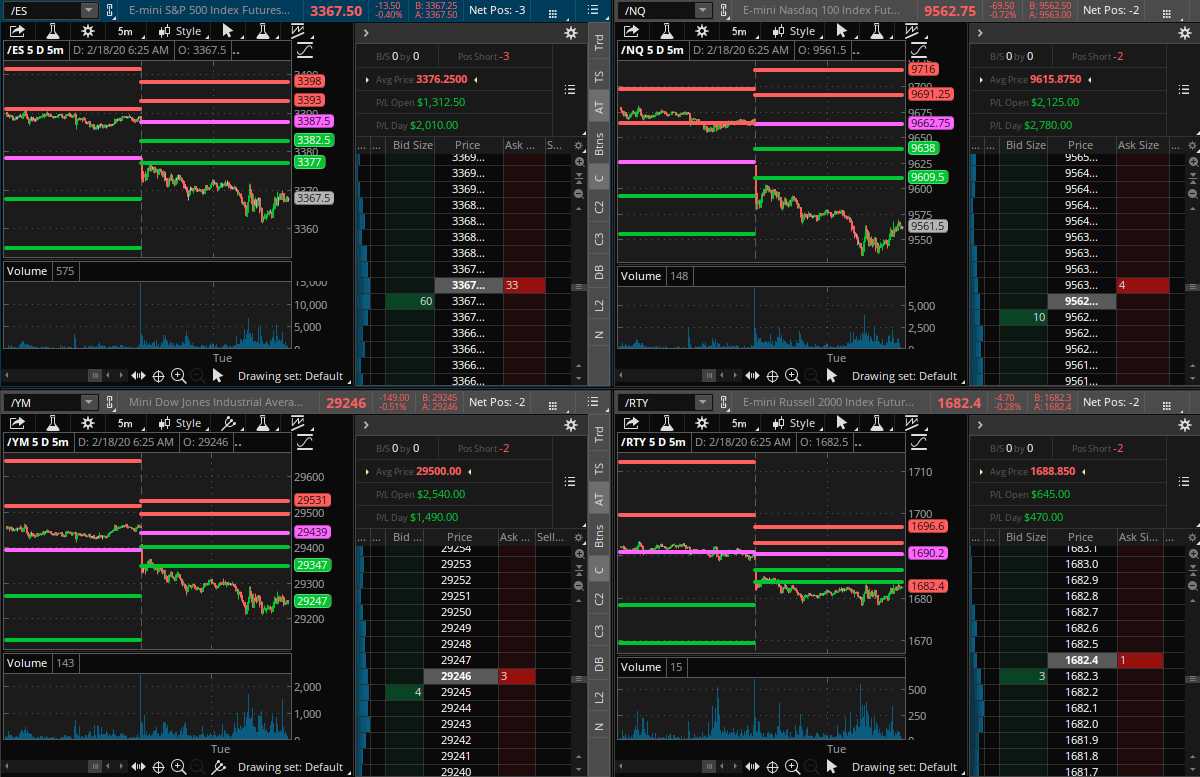 We're done with them for now as we expected the indexes to snap back a bit into the open (I called that in this morning's Live Member Chat Room) but we'll either look to re-load or add some more index shorts to our options portfolios later today as there's no reasn not to have protection in this volatile evironment. 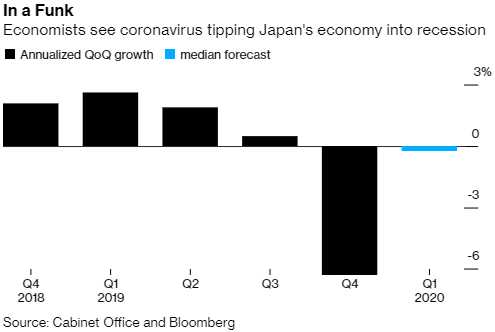 Germany looks like they are heading into a Recession and now Japan is at the brink with 9 out of 14 Economists seeing the economy shrinking in Q1, after already shrinking sharply in Q4.  As we were discussing last week, Japan is about 300% of their GDP in debt and if we combine that with a shrinking economy, we can get Greece 2008 on steroids.

Economists now see the virus preventing a rebound this quarter and keeping the economy in reverse. The immediate impact of the epidemic has been to stop hundreds of thousands of Chinese visitors to Japan, the biggest source of tourist income. The outbreak could also further curtail dismal spending by Japanese consumers, as they avoid crowded places after reports of some infections in Japan’s biggest cities.

Japan, in fact, had a huge jump in infections over the past week, from 28 last Wednesday to 66 this morning – that's…
END_OF_DOCUMENT_TOKEN_TO_BE_REPLACED