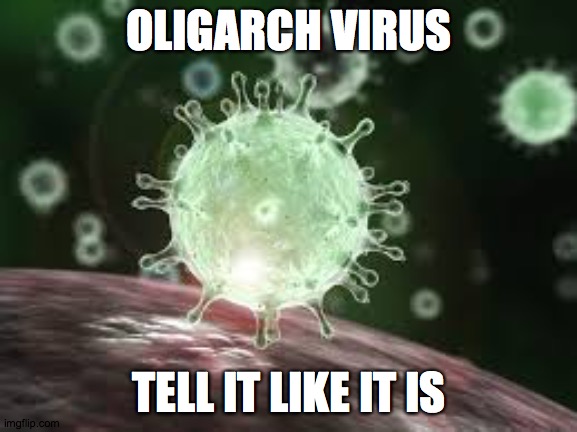 We're closer to it today than yesterday so the markets have gotten over their temper tantrum about yesterday's delay and now counting the uncountable riches that are about to be thrown around by our Government and our Federal Reserve as well as all the other Central Banksters around the World and we're even having an emergency G20 meeting to discuss even more bailouts for our Top 1% Corporate Citizens because they should never ever suffer the consequences of their bad decisions – like letting the Oligarchs run the World, leaving us totally unprepared to handle a Humanitarian crisis (I know, so many big words to look up!).

“Sentiment has improved, but to call it a turning point is too strong a word for now,” said James McCormick, global head of desk strategy at NatWest Markets. “It is more of a tug-of-war. Policy bazooka is in place, but will be fighting against very weak data and still worrying trends on Covid-19 data. We are more neutral on risk assets now.”

There's a great article in Bloomberg comparing this sell-off to other market sell-offs but the primary take-away on this thing is IT'S ONLY BEEN 6 WEEKS SINCE THE TOP OF THE MARKET!!!  In that way, the market collapse is most like 1987, when we were in the middle of a rally that had the Dow going from 2,250 in May to 2,750 (22%) in August after already rallying from 1,300 in 1985 and it was all based on Reagan's tax cuts and trickle down BS that masked the "sudden" S&L crisis that exploded and finally popped the bubble and we tested the lows in early October, about 60 days after the top, firmed up around 1,750-2,000 and didn't really get back on track until Aug 1988 and it was a year after that before we were back at our highs.

That's was with MASSIVE intervention by the Government as well.  Government intervention is not a magic wand that will fix everything tomorrow or next month or even next year so those of your sitting around starting at your portfolios with your fingers crossed are NOT…
END_OF_DOCUMENT_TOKEN_TO_BE_REPLACED