Since when does killing another country's General constitute an act of war?  While no one is shedding any tears for General Suleimani, he was a General in a foriegn nation and we did assassinate him and Iran has said they WILL retaliate – which could mean anything but you wouldn't know it from yesterday's markets – which made a quick recovery.

The S&P 500 is back at 3,245 and only about 15 points off the all-time high while Apple (AAPL) is testing the $300 line and Google (GOOG) is testing the $1,400 line – both at all-time highs as well.  Google is being investigated for Anti-Trust Violations but so what, Trump is being investigated for Treason and that doesn't seem to stop him.  Another unstoppable stock under investigation (Privacy Violations) is Facebook (FB) who are also just under their all-time high so of course the Nasdaq is doing well – closing in on the 9,600 mark that we said would be the top of the rally back in April, when we reviewed the top components, but 9,000 is going to be a real test for the Nadaq 100 as even the Nasdaq Composite has paused under 9,100 with the 200-day moving average now 10% below that mark. 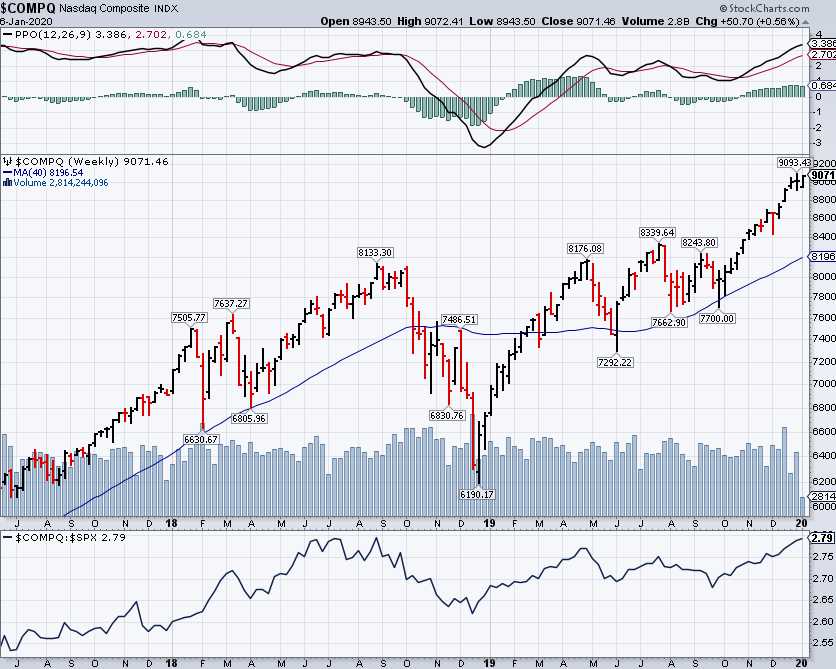 When we set up an index hedge, we like to offset the cost by selling puts against a stock we'd REALLY like to own if it's assigned to us and, back on Novemeber 15th, we put out a Top Trade Alert on China Telcom (CHL) at $39, thinking it would do better when the Trade War ended and it did but it's still only at $41.37 and you can still sell the June $42.50 puts for $2.70, which nets…
END_OF_DOCUMENT_TOKEN_TO_BE_REPLACED

Monday Mayhem – War! What is it Good For? Defense Contractors? Philstockworld December Portfolio Review (Members Only)
Scroll to top