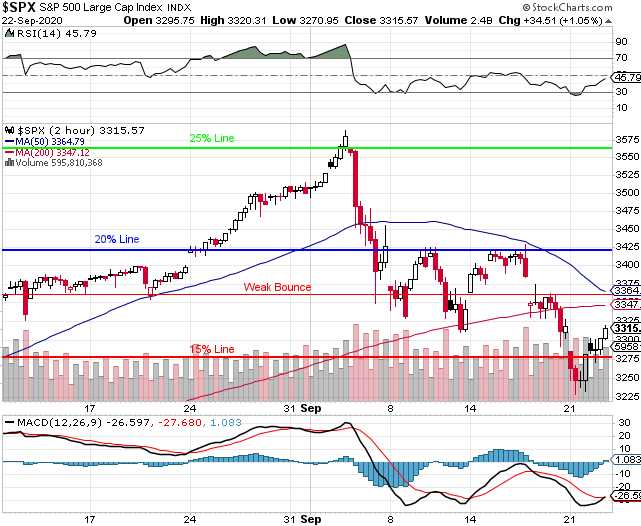 Not much is happening.

Powell and Mnuchin's testimony to Congress did not help or hurt the markets, which are still bouncing from September's 10% drop (what, you forgot that happened already?).  Economic data has been blah and even politics has been blah this week so the market is just drifting back to test the weak bounce line – which it still hasn't reached yet and probably won't because, as we pre-noted on Monday, the 100-hour (weekly) moving average is about to death cross under the 400-hour (monthly) moving average and that's going to form significant upside restistance at the weak bounce line.

Failing to get back over the weak bounce line in the time it took you to fall below it (call it two weeks) means you are consolidating for a move below it – not recovering.  This is a market that is only propped up by external (stimulus) forces, swimming in a pool of very low reality that operates in a Nation that is dumb enough to still possibly be re-electing Donald Trump AFTER seeing the evidence of the damage he's done in just 3.5 years in office. 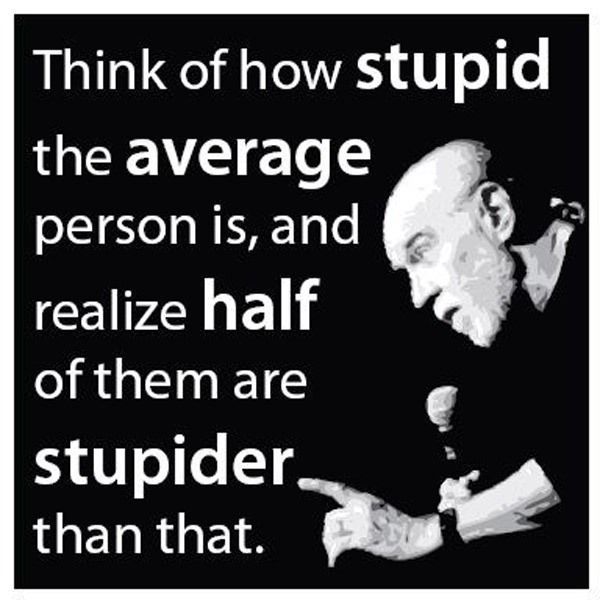 I really can't believe there's even a discussion about Trump being re-elected, let alone it being close but it does seem close – or at least that's what the media say – and we can't trust them to tell us the truth anymore, can we?  See!  You don't know if we can – that's TERRIBLE!

The same people that are actually considering inflicting humanity with 4 more years of Trump are trading the markets and, if they don't see that the last 3.5 years have been a stain on the history of our Nation – they sure can't see that Tesla (TSLA) is on over-valued piece of crap or that paying close to 30 times earnings for the average S&P 500 compay is clearly an historical abberation that is certainly going to correct itself as soon as "THEY" stop pumping it up like a carnival baloon.