The Fog of Truth.

That's what Robert Reich calls the confusion and bewilderment Americans feel when listening to the President but the same can be said for our New Federal Reserve Chariman, Jerome Powell, who testified before the Senate yesterday and will testify again tomorrow without actually saying anything at all but, like the parable of the blind men feeling an elephant – everyone will be able to draw a conclusion about what he said – even if those conclusions are diametrically opposed to each other.

CNBC says "Powell backs more rate hikes as economy growing "considerably stronger"" while Market Watch says Treasury yeilds are heading lower on doveish testimony and CBS says "Jay Powell shrugs off trade worries, expects rates to keep rising" and Bloomberg says "Powell's 'For Now' Caveat a Sign Fed Rate Hikes Not on Autopilot."  So Jerome Powell, like the President, is all things to all people – whatever you want to think he said – he kind of said it.

Is that really what we want in a Fed Chairman?  Why is our monetary policy a closely guarded secret?  There was, briefly, a movement to make the Fed more transparent and have them set firm tartgets for actions well ahead of time but investment banks can't make money if EVERYONE know what the Fed is going to do – who would they be able to bet against with their inside information? 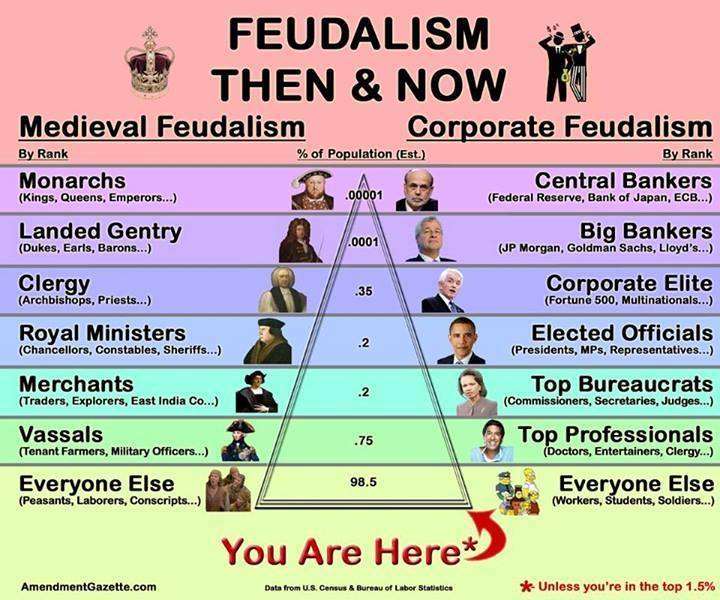 It doesn't get more inside than Goldman Sachs, of course, who have alumni like Neel Kashkari, Stephen Friedman, Bill Dudly, Patrick Harker and Robert Kaplan.  In fact, there are 12 GS Alumni currently on the Fed Board (not to mention Carney heading the Bank of England, and, of course Draghi at the ECB)  and Goldman was even fined $50M after one of it's emploees was caught obtaining regulatory documents from former collegues at the NY Fed but don't worry, no one has been caught since!  Treasury Secretary Steve Mnuchin is also a former GS partner.

And, of course, a few Trillion Dollars worth of our National Debt (which you and your children owe) was accrued by the Fed (who still have $4.5Tn worth of debt on their balance sheet) bailing out Goldman and other…
END_OF_DOCUMENT_TOKEN_TO_BE_REPLACED