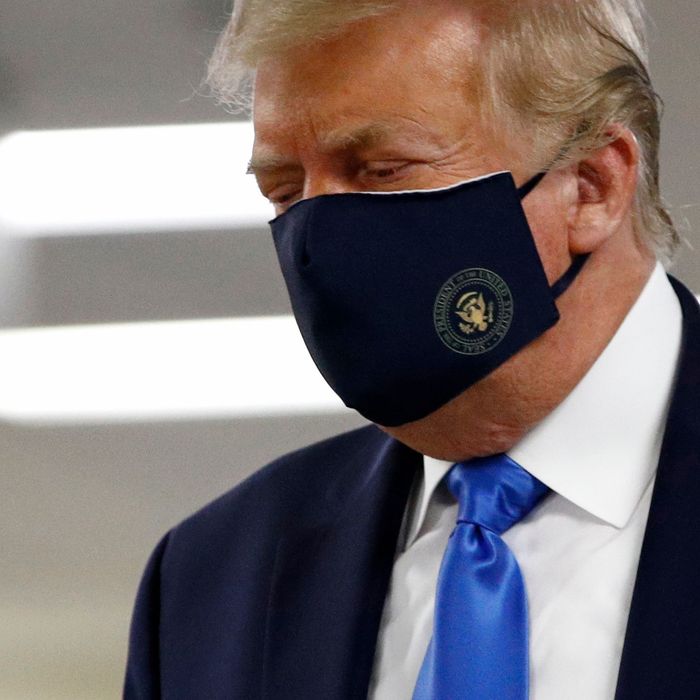 “"We are asking everybody, when you are not able to socially distance, wear a mask," Trump said. “Whether you like the mask or not, they have an impact."

The US has learned "a great deal" about "the China virus", and unfortunately, things will probably "get worse before they get better" Trump said.

“Some areas of our country are doing very well, others are doing less well,” the President said. “It will probably, unfortunately, get worse before it gets better. Something I don’t like saying about things, but that’s the way it is.” 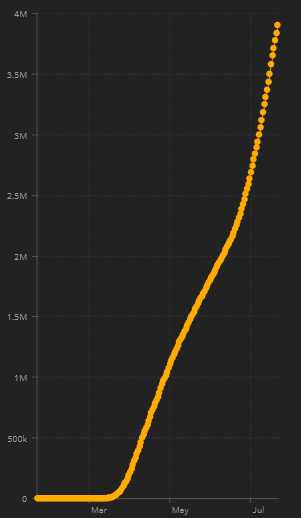 It's also the way it was in February, March, April, May and June but better late than never, on July 21st, in taking the most simple precaution against the rampant spread of a virus that has now killed 142,073 Americans (twice as many as died in the 20-year Vietnam war) and infected, by tomorrow, 4M others.  Last night was the first "daily" briefing on the virus since April, when Trump decided Dr. Fauci was upstaging him and, even worse, contradicting him.  At the time, the US had less than 1M cases.

You're a stock trader – how does that chart of US infections look to you?  Almost as good as Tesla but, unlike TSLA, this chart won't suddenly turn around an uninfect people.  In fact, it looks like it's about to have a massive breakout and that's why, finally, the President is scared enough to change his tune – he is presiding over one of the biggest catastrophes in human history and his name, his family name and his "brand' will forever be associated with this disaster.

And it is a disaster and, even if the stock market refuses to recognize it – you'd better because, like not wearing face masks, ignoring the virus will not protect your portfolio and you PROBABLY won't die – but you might.  You KNOW you might.  So you MIGHT make more money and that would be fun but your portfolio also MIGHT die and, with the virus, we are attempting to avoid dying by staying inside and not having fun for…
END_OF_DOCUMENT_TOKEN_TO_BE_REPLACED