Trump indicated yesterday that he will block the stimulus bill based mainly on the "fact" that it included other things besides Covid relief (it's also a $1.4Tn budget bill to keep the Government running) and the President says he wants to raise the direct payments from $600 to $2,000 per person, which would add another $400Bn to the bill, completely breaking the budget.

It took two months of fighting to get this bill on the desk and suddenly Trump sounds like a Democrat, demanding a much bigger spending bill than the compromise that was finally passed on Monday with a 92-6 vote in the Senate and a 359-53 vote in the house.  If he vetoes it, lawmakers would need to either pass new legislation meeting his demand for larger stimulus checks or vote to override his veto—which requires a two-thirds threshold for passage in each chamber.

The stock market doesn't seem to care (about anything) as it's flat this morning.  I think there's a nice percentage play in shorting the S&P (/ES) Futures below the 3,685 line with tight stops above and we could try again, of course, if we get to 3,700.  While Congress clearly has the votes to override the President – do Republicans have the will to do so? 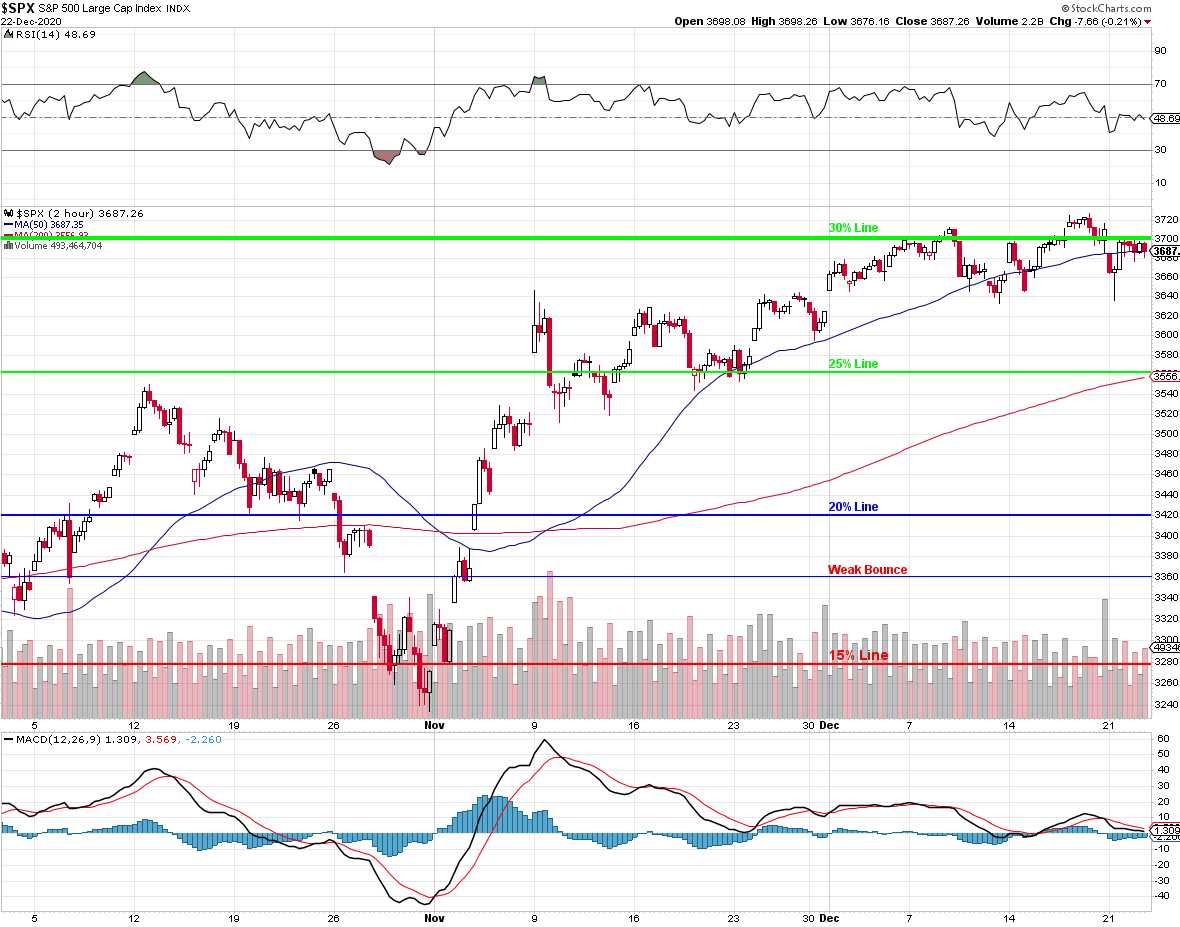 Both chambers on Monday also passed a seven-day extension of government funding, which Trump signed early Tuesday morning. If the President doesn’t sign the aid package or have his veto overridden by next Monday, the government could shut down briefly. If Mr. Trump doesn’t sign or veto the bill within 10 days after it is passed, it would become law without his signature.  Most lawmakers have already left Washington for the holidays following the bill’s passage, so any refusal to sign by Trump kicks the stimulus into 2021.

“I am also asking Congress to immediately get rid of the wasteful and unnecessary items from this legislation, and to send me a suitable bill, or else the next administration will have to deliver a Covid relief package,” he said. “And maybe that administration will be me,

0.9 Trillion Dollar Tuesday – Another 5% of our GDP is Stimulus Merry Christmas!
Scroll to top