That's the weak bounce line we've been talking about on the S&P all quarter and that's the line we're playing with this morning as the markets digest China's Caixin Manufacturing Index, which fell to a declining 49.7 in December, the first time China has shown contraction since May of 2017.

Still, the theme follows through from last quarter that we are all suffering from self-inflicted wounds as the ongoing trade war has sent New Export Orders plunging to their lowest levels since Q4 of 2011, when we didn't have a trade war and things turned around sharply from there so it's hard to say what happens next – but it is certain this negativity can all be unwound very quickly, IF our President pursues a rational course of action (see, now you are worried again!). 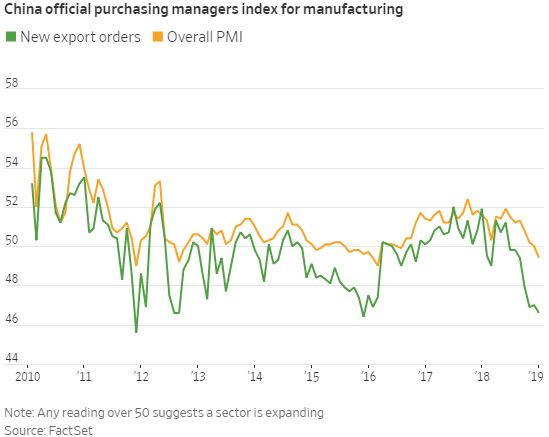 That is a theme I notice when pundits are discussing US policy these days – noithing is off the table – we are an insane super-power that could nuke North Korea or strike a trade deal with North Korea or annex North Korea or Sanction North Korea or push North and South Korea together – it's all on the table because no one knows what the F our foreign policy is – even from minute to minute. 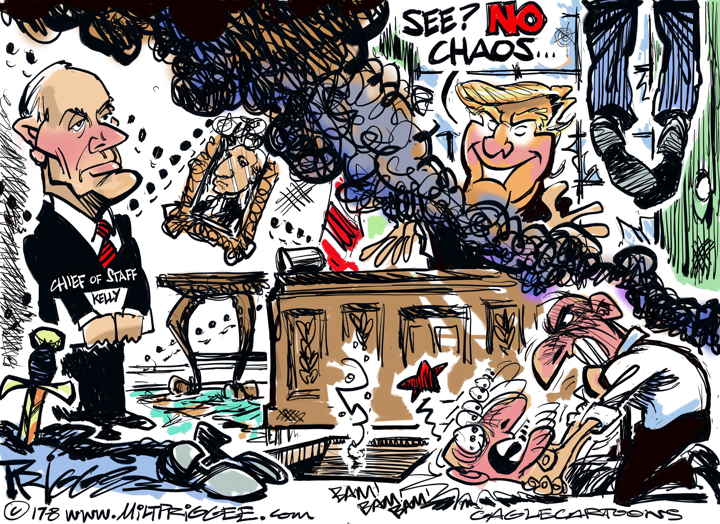 That kind of madness internally means the markets can be moved on any sort of insane rumor because ANYTHING is possible.  "Trump Declares War on Apple" is not a headline you would ignore because it MIGHT be true and, unfortunately, modern trading algorithms are trained to respond to headline news – on the assumption that thing that make the headlines of mainstream media are likely to be true.  This is no longer the case as the MSM also doesn't know if something is too insane for Donald Trump or not.