Whether Trump wins or loses America has spoken and at least half of us have seen Trump in action for the last 4 years and WE WANT MORE!  Even if Biden squeaks out a victory at this point, the Democrats are unlikely to control the Senate – so nothing much will change.  Ex-President Trump will tweet just as much as President Trump and, just 3 years from now, he can enter the 2024 race, looking to pull a Grover Cleveland and get elected to non-consecutive terms.  No matter what happens, what we have told the World today is that we, as a country, do not reject Donald Trump, his words or his actions – pretty much half of us want 4 more years of it.

Biden will have no mandate to make sweeping changes and Trump, if he loses, will be calling the election a fraud for the next 4 years, rallying his base and inciting more fury and division than we already have.  Trump already declared victory last night and threatened to go to his Supreme Court to halt the counting, knowing full well that the uncounted mail-in ballots are very much in Biden's favor.  Chris Wallace, on Fox News, reacted to Trump’s speech by saying: “This is an extremely flammable situation and the president just threw a match into it. He hasn’t won these states.” 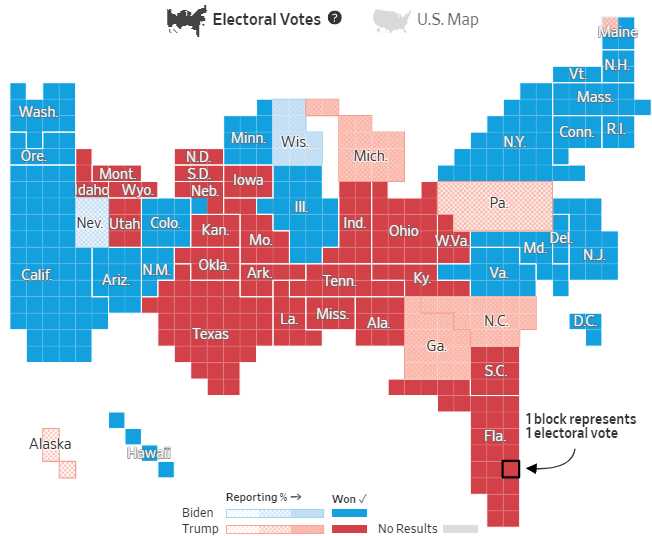 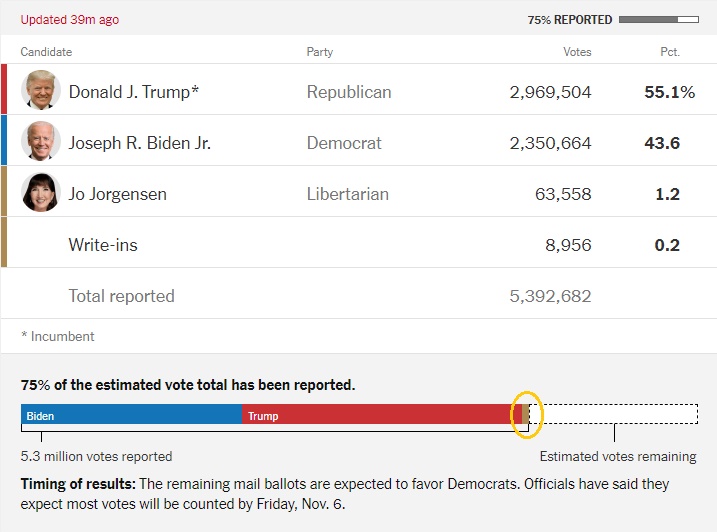 Republicans have filed lawsuits in PA to stop the counting before liberal Philadelphia's votes are counted with two cases to be heard tomorrow.  MI, PA and WI are all likely to turn to Biden which currently look like Trump wins and AZ, NV and GA all have a lot of uncounted blue votes.

In Pennsylvania, for example, you can see that Trump's 600,000 vote advantage has Fox News declaring PA for the President but 25% of the votes (1.5M) remain uncounted and Biden has been winning the uncounted votes by 3:1 and 5:1 margins so far – this is why Trump is so desperate to stop the counting and declare late counting to be a fraud – despite the fact that all votes cast…
END_OF_DOCUMENT_TOKEN_TO_BE_REPLACED