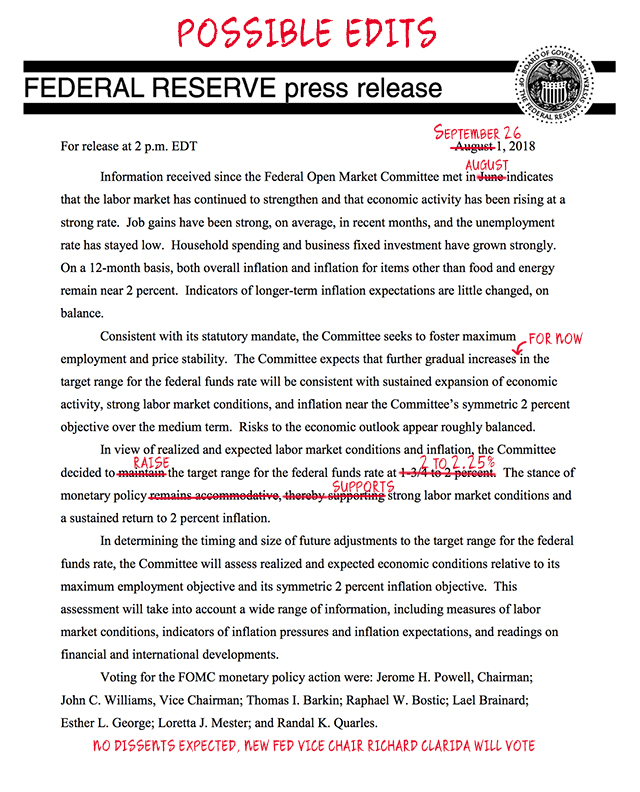 We have a Federal Reserve Rate Decision at 2pm and a hike is very widely expected but whatever Powell says in the subsequent conference afterwards is likely to affect the market going forward.  Even more importantly, the Fed will release their first economic estimates for 2021 and we'll get to see if they think the economy is going to grow fast enough to justify these runaway market prices.  Here's a preview from Market Watch.

Keep in mind that Trump's economic projection hinge on having better than 3% increases in GDP while 2% barely keeps up with inflation and, according to even the Fed's conservative inflation projections – loses ground to it.  As noted in yesterday's PSW Report, the Government had to borrow $156Bn in September just to keep the lights on and every 1% increase in interest rates costs us $200Bn in additional interest payments alone.  If the economy is stagnant and rates are rising – what are investors so excited about? 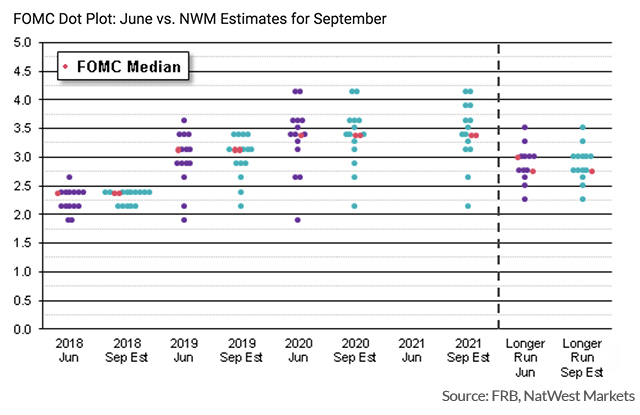 Toppy Tuesday – Markets Bounce Back Ahead of the Fed GDPhursday – 4.2% Now, Below 3% From Now On
Scroll to top