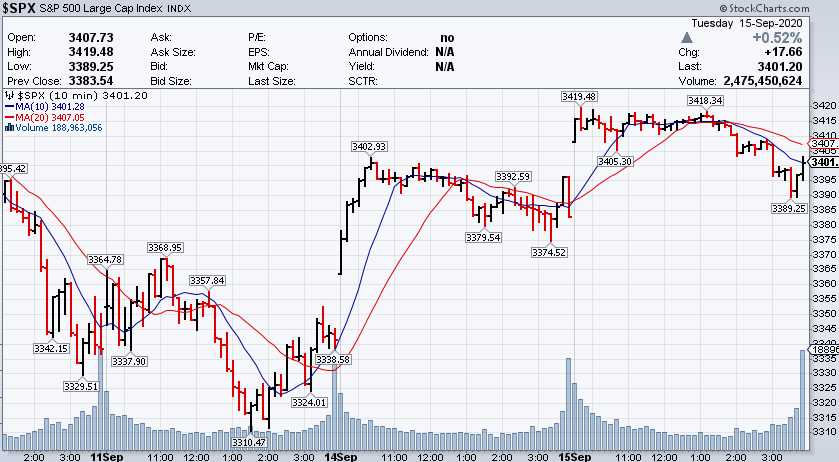 And once again the Futures are up.

As you can see from the S&P chart, we have had some massive gaps up in the thinly traded open and then drifted down during real trading at the end of the day.  This is like someone who works for the auction house shouting "100 Million Dollars" on the first bid for a painting to make sure the other suckers in the audience start bidding higher.

In the case of the markets, the Banksters buy up the Futures on thin trading (so it's very cheap to do) and cause the Retail Suckers to pour in and chase the momentum so the Banksters can dump their stocks all day long during real volume trading.  This is how rich people exit the market – they create a buying atmosphere and they take their profits while poor people follow their advice – which doesn't actually apply to their own actions.  You see the big brokerage houses doing that all the time, exiting positions while their analysts are pumping the Tesla stock. 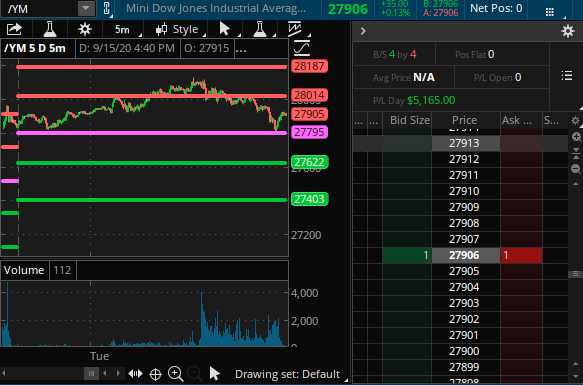 We had a good day yesterday shorting the Dow (/YM) Futures from our trade idea in the Morning Report and congratulations to all who played along.  Our morning call for our Members was:

So we're sticking with our strategy of shorting the indexes (which didn't work yesterday) as we're likely to be rejected here (Dow (/YM) 28,100, S&P (/ES) 3,405, Nasdaq (/NQ) 11,475 and Russell (/RTY) 1,550) and, as usual, we can just short the laggards, which would be /ES crossing below 3,400 and /YM confirming below 28,000 – we should catch a quick ride down but the Fed goes tomorrow and that should give the marketsupport until they are disappointed by that so tight stops above!

As you can see, this wasn't rocket science, the pivot points on the Dow were 28,014 and 27,795 and we simply allowed for the pre-market BS pump job and took a stab at shorting early but once we confirmed the move below 28,000, it was a no-brained to jump in for the 200-point drop on the Dow (at $5 per point, per contract!).  This morning we're back to 28,000 again but we have a Fed Meeting at 2pm so it's not a good day to play the futures – too volatile.