On the whole, the Nasdaq has only fallen 150 points since Monday's open but it's had drops of 50 points, 200 points and 300 points in 3 days so I guess we're working up to the 600-point (5%) one-day drop ahead of us.  Meanwhile, rumors of stimulus is still keeping us afloat.  Yesterday, according to Treasury Secretary Mnuchin (why is it always a Goldman Sachs guy?), the Trump administration is open to resuming coronavirus aid talks with Democratic leaders and would offer more aid money to try to reach a compromise.

“The president is determined to spend what we need to spend. … We’re prepared to put more money on the table,” he told CNBC’s “Squawk on the Street.”

Well, that's what he said after the markets plunged into the close.  Mnuchin promised they could get a deal done by the end of the week but they haven't actually re-started talks yet so that's a little hard to believe.  Remember how many times we had a trade deal with China "any minute"?  Meanwhile, Trump did not continue the moratorium on evictions because it's hard for homeless people to vote against him and so many of his friends are landlords.

Schumer and Pelosi also criticized the measures in a joint statement Saturday. They said the policies would provide “little real help to families” and would not address Covid-19 testing, efforts to reopen schools and food assistance.  Dems call for $3Tn, the GOP wants to spend $1Tn.  The White House has already rejected an offer by the Democrats to meet in the middle with roughly $2 trillion legislation. 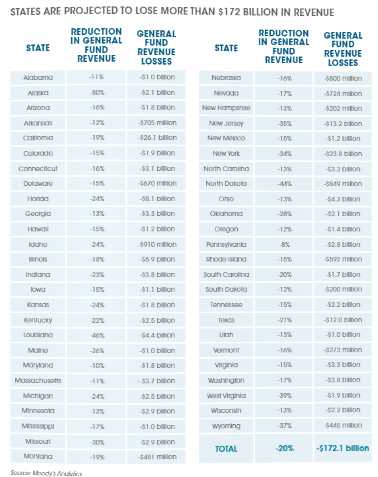 On Monday, New York’s Democratic Gov. Andrew Cuomo said the unemployment benefits spelled out in Trump’s executive order would cost his state an estimated $4 billion by December. It would add to a budget shortfall that Cuomo said was already $30 billion. “That’s handing a drowning man an anchor,” the Governor said.