Well, that was predictable.

As usual, the bounce is more predictable than the recovery but the bottom line is both parties are, once again, talking about stimulus because they know as well as I do that failing to hold 3,306 would take us down to the strong retrace line at 3,135 and that would be more than a 10% correction off the 3,588 high (3,229), which would set off all kinds of panicky indicators so GAME ON for more stimulus talks – even if it is the same BS they were arguing over in June and July with no resolution (they took August off to watch the country burn). 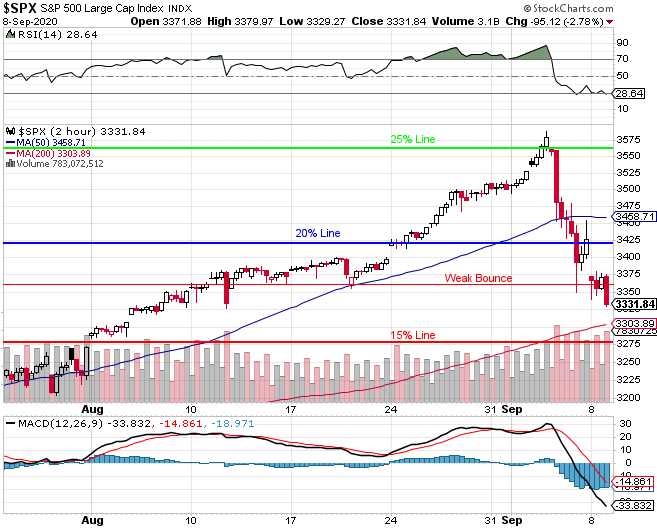 The other calculation we can do is going to be more accurate and that's using our 5% lines from 2,850, which is the Must Hold line on the S&P 500 (the line below which we are no longer in…
END_OF_DOCUMENT_TOKEN_TO_BE_REPLACED

Troubling Tuesday: Oil’s Not Well Thursday Failure at 3,420 – Are We Heading for a Real Correction?
Scroll to top