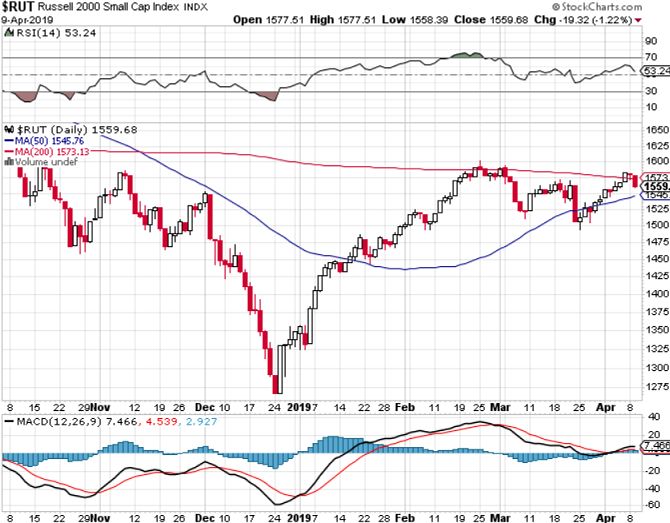 Are we recovering from yesterday's dip?

While the Futures are up 0.2%, the Dollar is down 0.2% so that's just a re-pricing against the weak Dollar, rather than a pre-market rally and, even with the currency boost, the Russell (RUT) has once again failed to hold the 200-day moving average at 1,573 and that's what signaled our March sell-off but it won't be a catastrophe until we fail the 50-day moving average at 1,545 – so that's the line we want to watch very closely. Remember, I can only tell you what is likely to happen and how to make money trading it – the rest is up to you!

Today we have a $20Bn auction of 10-year treasury notes at 1pm and it's long been a pattern that the market goes down ahead of a 10-year auction as it scares investors into buying bonds, which keeps the rates low and countries that owe $21Tn NEED to have rates a low as possible.   This morning the ECB announced they will keep interest rates unchanged for the rest of the…
END_OF_DOCUMENT_TOKEN_TO_BE_REPLACED