We have a Live Trading Webinar at 1pm (EST) this afternoon and we'll look for some good opportunities there.  We had a lot of great trade ideas in last week's webinar and you can catch up on that one HERE.  In last week's Webinar, Biodiesel Chris noted LIT and SQM were both great Lithium trades (1:04), based on the proliferation of electric cars and the need for more batteries and LIT was $34.59 while we looked at it and Sociedad Quimica Minera (SQM) was $49.99 and both have popped higher so both great calls and worth looking into as the future is very bright for Lithium.

On SQM, we liked selling the April $40 puts for $1.70, which nets you in for $38.30, which is now 23% off the current price and you can still sell those puts to get your foot in on the very hot Lithium trade.  Those are the kinds of macro trades we like to discuss in the Webinars and kudos to BDC for bringing it to our attention. 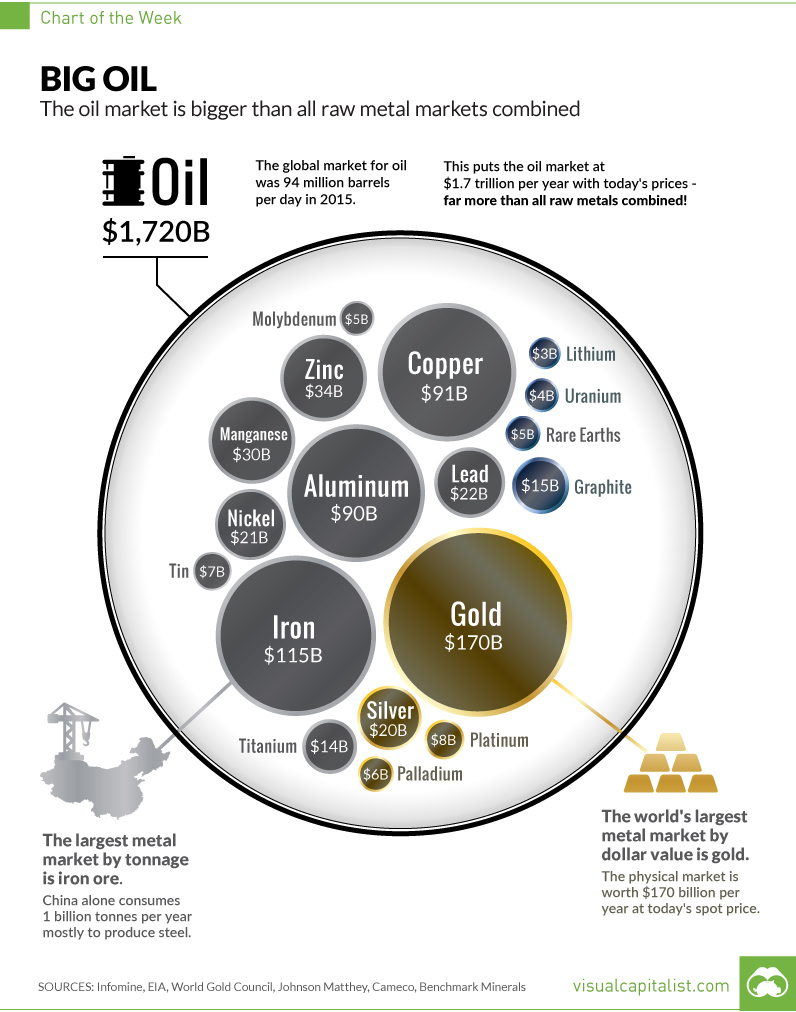 Meanwhile, keep in mind that Lithium is "just" a $3Bn industry, which is a spec compared to $90Bn worth of Aluminum, $115Bn worth of Iron or $170Bn worth of Gold being traded each year.  Nickel is another battery component and $21Bn of that is currently mined and Graphite is also used and is being used in a lot of cool stuff ($15Bn/yr), so that's another one I want to discuss in this afternoon's webinar with our Members.

Nothing, of course, holds a candle to Big Daddy Oil, which is a $1.7Tn annual consumable and oil has been on a…
END_OF_DOCUMENT_TOKEN_TO_BE_REPLACED

$20 Trillion Tuesday – Our National Debt Grows as Fast as our Markets Threatening Thursday – North Korea Threatens to Nuke Japan and US – Markets...
Scroll to top