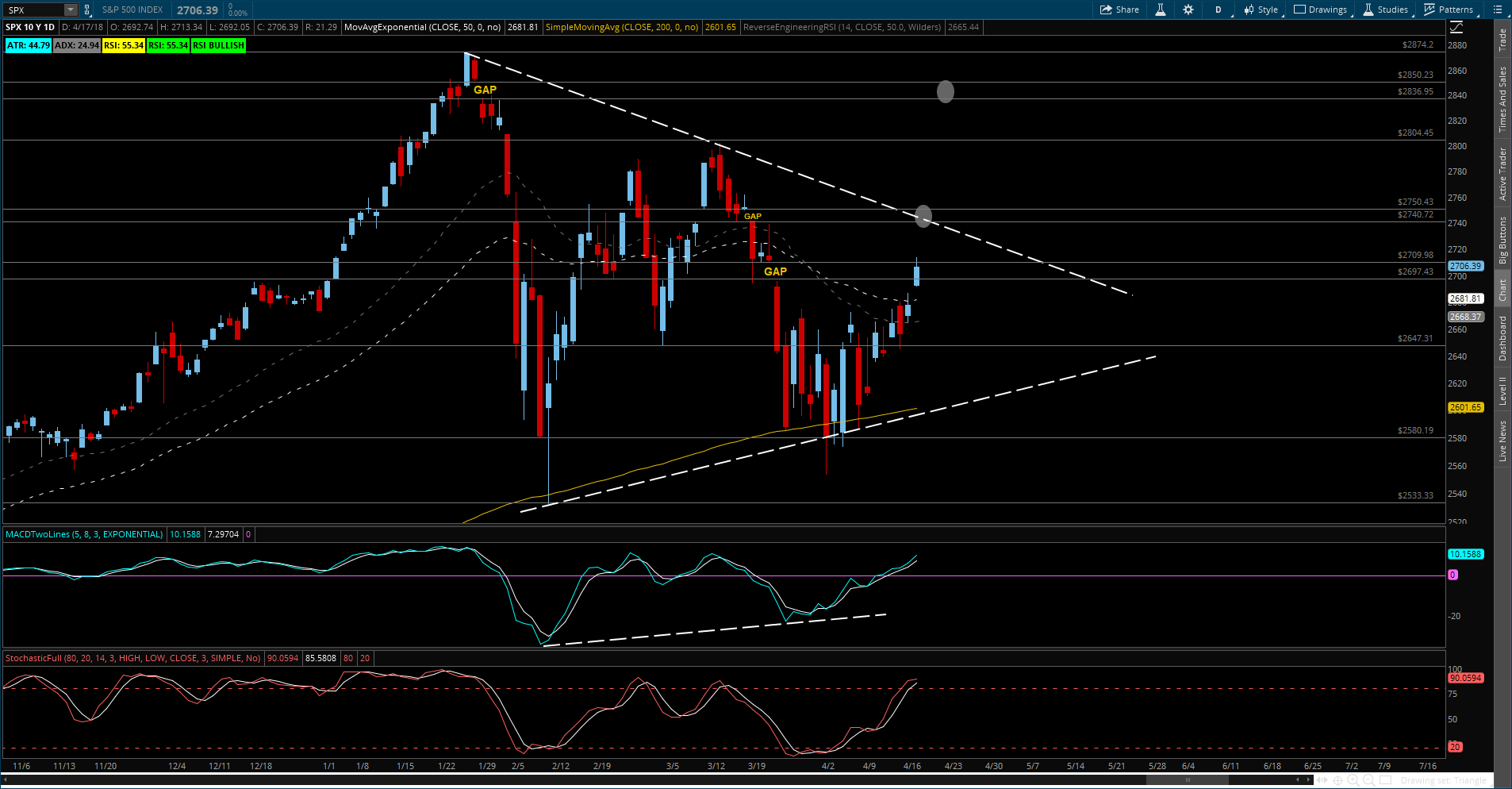 As you can see from the chart (click to enlarge) we're still making one of those triangle squeezy thingy pattens but the top of the down wedge is still at our 2,640 line (20% line) and it will be three more weeks of this nonsense (while earnings pour in) until it resolves itself but, with the nose of the triangle lower than where we are now (2,717) – the odds favor the short bet on /ES Futures.

We made a quick $300 per contract yesterday morning from our morning call as /ES fell from 2,700 back to 2,693 (stopping out at 2,694) but then lost $75 per contract trying to play it again as it popped over.  After that, we went to "watch and wait" mode, as planned – and that's where we are this morning, waiting to see which way things break.  There's a Beige Book release by the Fed at 2pm and then Dudley speaks at 3:15 on "Economic Outlook and Monetary Policy."

There's very little going on in the news and not much change in Fundamentals and earnings have been OK this week, with 31 (82%) out of 38 reports showing beats this week.  Of course, that's what we expected early in the season and if this can't lift the S&P back to at least 2,640 then WE'RE DOOMED!!!!  Sure, I think we're doomed anyway but that's only because of the Global Fundamentals and the market is usually pretty good at ignoring that.

This morning, the Dow (/YM) can be shorted at 24,800, so that's a fun play but 6,850 on the Nasdaq (/NQ) Futures is always one of my favorite shorting lines and we can't argue with the classics – same strategy as yesterday, with tight stops over the lines.

We have a Live Trading Webinar at 1pm where we'll go over some Futures Trading Techniques as well as reveiwing our 5 Member Portfolios.

2,700 Tuesday – S&P Back at a Milestone We’ve Shorted Befor... Failing Thursday – Rally has a Hard Time Justifying Itself
Scroll to top