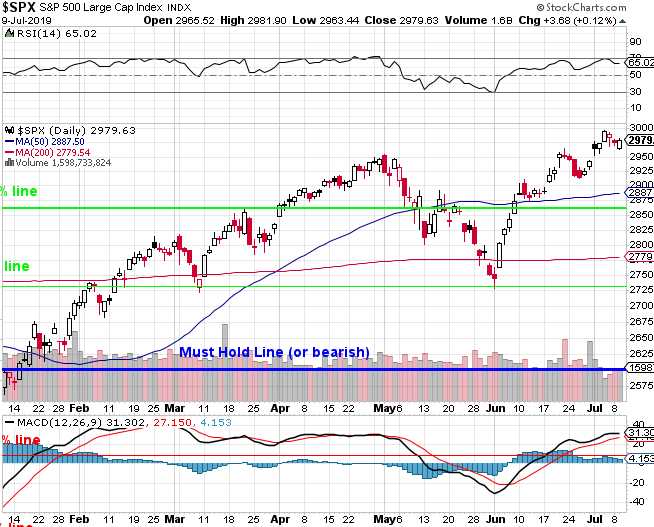 TODAY is the day!

I blame Econoday, which had Powell speaking yesterday on Monday's Economic Calendar but it turned out he is speaking today and tomorrow to Congress so the market just drifted along for the most part – continuing the boring trend for the month as we attempt to get over the 3,000 line on the S&P 500 (/ES).

We did the math for the 5% Rule™ in yesterday's Live Member Chat Room and decided that 2,976 would be the inflection point and we closed a bit over the line yesterday but we're right back on the line this morning.

Powell's testimony begins at 10am and goes on for a couple of hours but his official statement being released at 8:30 so we'll see a quick reaction (not necessarily the right one) ahead of the bell.  Oil and Gasoline are up 2% off a strong API Report and the EIA Report confirms or denies those numbers at 10:30 – so that's another market-mover to watch this morning AND we have the Atlanta Fed's Business Expectations Report, also at 10 am and, just in case Powell doesn't get us over 3,000, Bullard has a speech lined up at 1:30 – just ahead of the Fed minutes.

8:30 update:  So much for waiting for Powell as his statement has popped the Dow 100 points already and here are the key points from his statement: 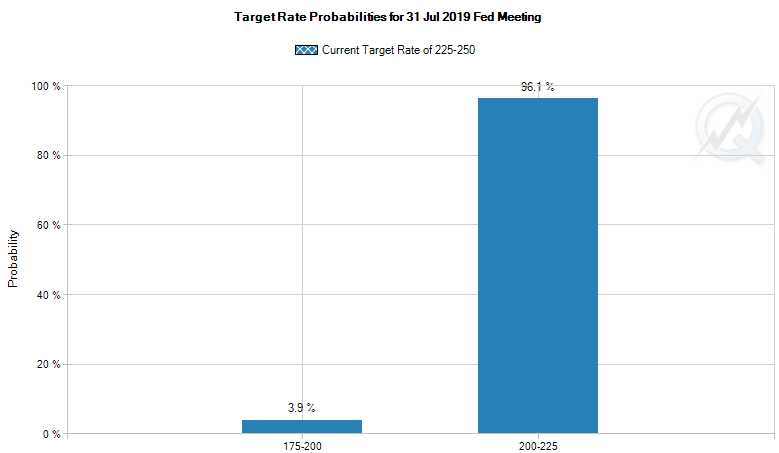