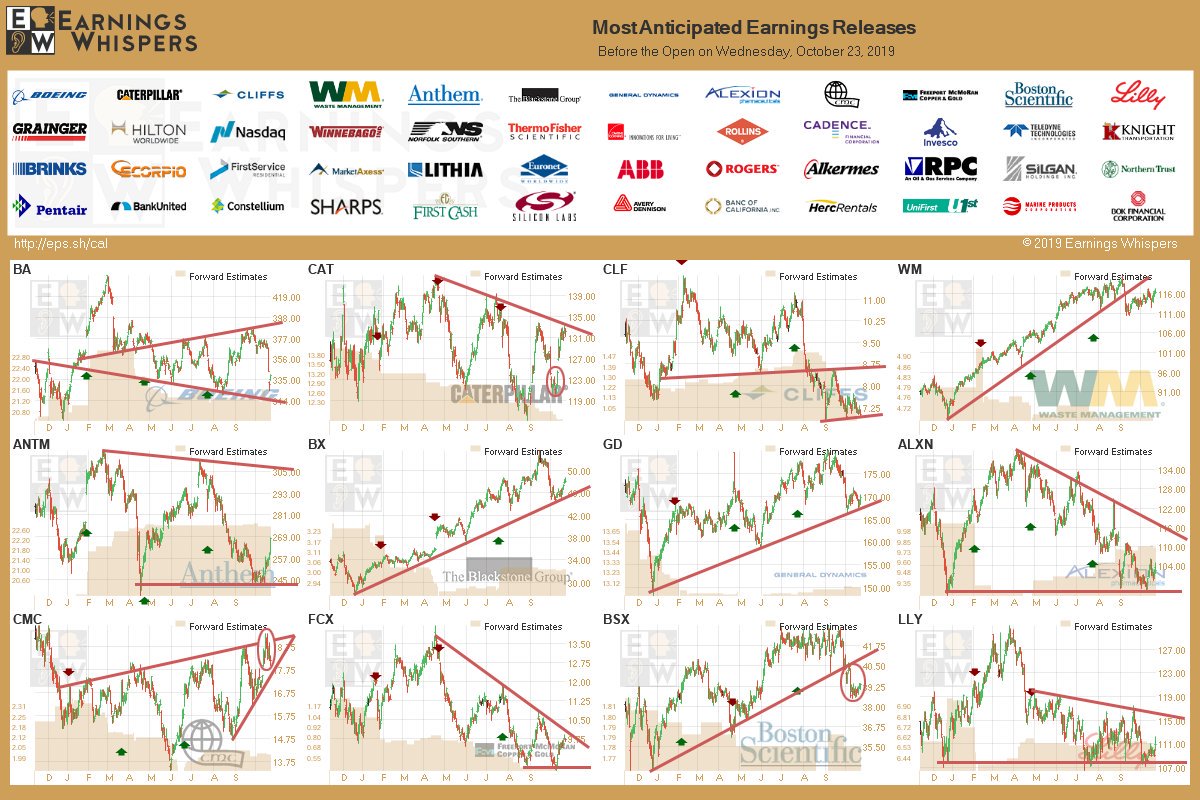 Earnings are now a mixed bag.

75 S&P companies have reported so far and 43% (32) have beaten expectations and the ones that have missed have been hit with average 3.9% drops vs the historic 2.4% so not much tolerance for failing to hit those expectations while the ones that beat have only gone up 1.6% – indicating that good news is mainly priced into the current prices.  The Banksters have led us so far – now we have to see if Tech, Industrials, Consumer Goods, Energy and Services can hold up.

Caterpillar (CAT) is often regarded as a good proxy for the Global Economy and they just reported earnings that are down 8% from last year on 6% lower revenues AND they lowered their guidance to the $10.90-11.40 range, which is not bad for their $133 shares, which are already 20% down from last year's highs.

We like CAT but we'd like them a lot more around $110.  Yesterday, we initiated a new, $100,000 Earnings Portfolio to give us something to do while we wait for a proper correction.  As noted in yesterday's Morning Report, we went with Boing (BA) as our first official play and we added IRobot (IRBT) and Cliffs (CLF) as the day progressed:

Though BA didn't have much encouraging to say this morning, the lack of additional negatives has pushed the stock back to $350 so we're on our way to goal on that one already, which could net us a nice $13,250 (122%) profit at that level.  CLF beat by a mile at 0.33 vs 0.24 expected and, keep in mind, that's just one quarter on a $7 stock – so silly!  Our main premise there is a China deal will really get them going.