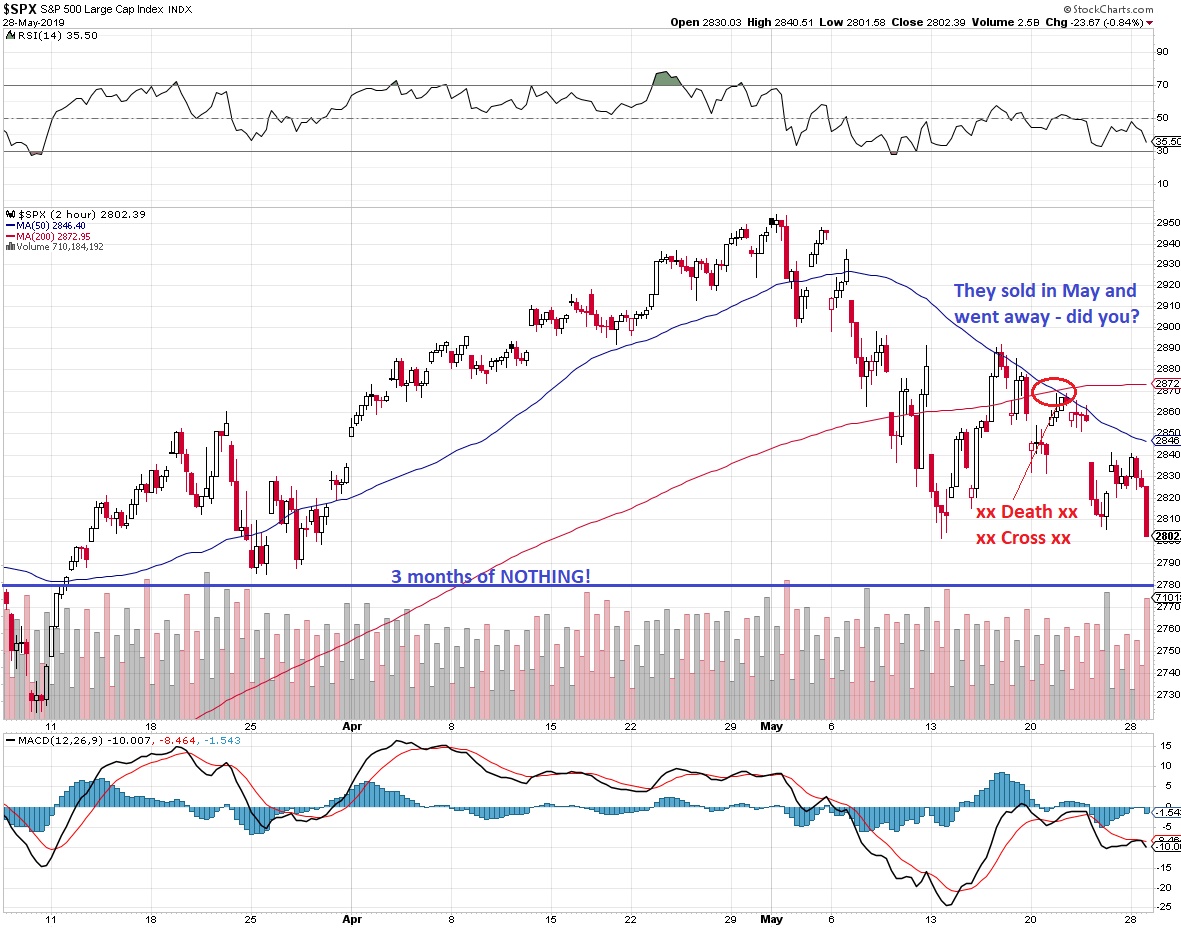 It's one of those market truisms that works often enough for people to think it's a thing and it's certainly been a thing this year as the month of may has sucked for US Equities.  Fortunately, we were properly skeptical of the rally and I said to our Members in our April Portfolio Review on the 30th:

"I hate to be in this position as we're clearly benefitting from RIDICULOUS market conditions and I know from experience that, no matter how many times I say it, people won't believe how quickly we can give back a big chunk of these profits.  Just this morning, GOOGL went down 8%, INTC is down 13% in the past week…  If that can happen to big blue chip stocks – what can happen to the other crap?"

Well, now we're seeing what can happen to the other crap as Q1 earnings were certainly not enough to get the S&P to 3,000 and now we're back BELOW 2,800 this morning and that's going to be a critical failure if they can't take it back.

Keep in mind that our last "recovery" was driven by rumors, often started by the President, that trade talks with China were going great and a deal was on the table.  That, not really suprisingly, turned out to be total BS (as we warned every morning for weeks) and now the negotiations have clearly fallen apart and, just yesterday, China ramped up their threat to cut off their exports of Rare Earth Materials – a move that would ground the US economy to a halt at a flick of a Chinese switch. 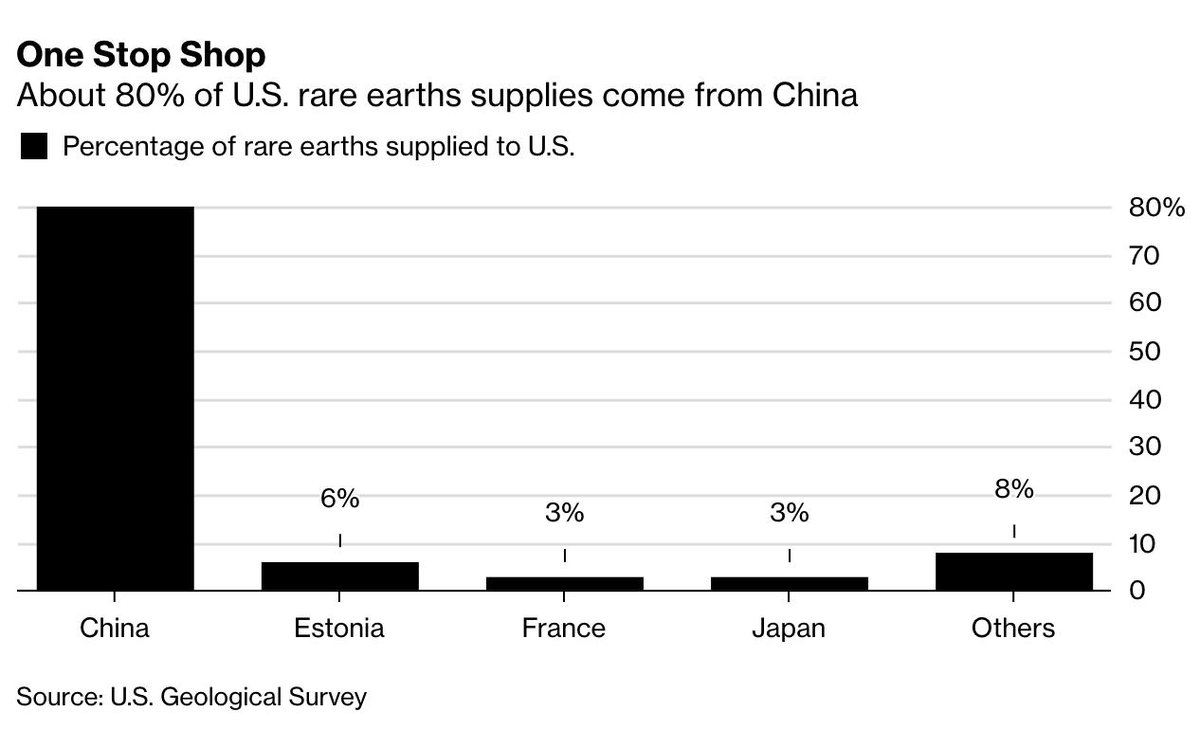 Unfortunately, Trump has chosen to bluff when he had no idea what cards China held and now it turns out they have a very strong hand and are not afraid to play it.  It is simply not possible for the US to fill their demand for rare earth materials without China and Trump has pushed China into a corner where they may have to retaliate to our sanctions with this, er, trump card they've been holding the whole time.

Tuesday Already – Short Week Begins with a Bounce Thrilling Thursday – Failure at 2,800 Spells DOOM for the S&P 500...
Scroll to top