We did consolidate for about a year at the 5,000 line, which means roughly half the people trading thought stocks should be higher and half thought they should be lower but then Trump got elected and promises were made (not kept, just made) and we've been off to the races ever since. 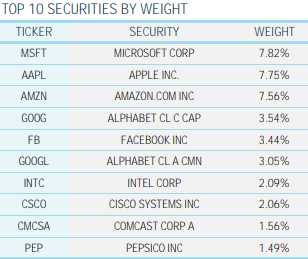 If we want to determine whether 8,000 is too much for the Composite, we should look at the top 10 holdings, which make up a whopping 40% of the indexes weight while the other 2,629 components fight for the other 60%.  The simple question we can ask here is are these companies worth 60% more than they were in 2016 and, to do that, we can simply look at earnings and revenues because we should expect some real changes, right?