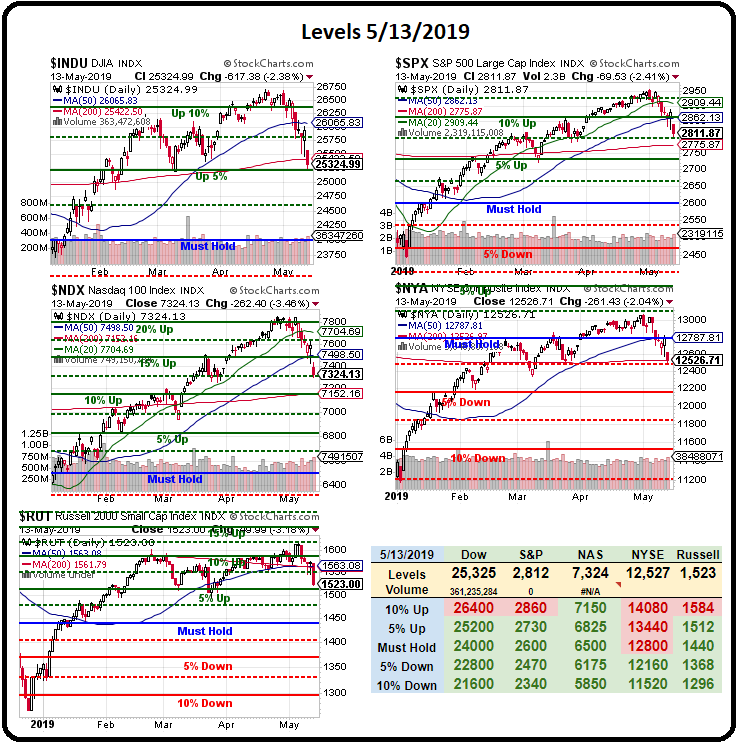 This is not pretty.

We're down in the Futures and pretty much back where we were at Monday's close – a bit higher but, more importantly, failing our weak bounce lines 2 days after the drop and that's generally a sign that we're consolidating for a move lower – not recovering.

Since the 50 dma moves 4x faster than the 200 dma, all it will take is a single down day on the Russell to trigger this extremely bearish technical indicator and that will then trigger selling programs that will affect all the indexes so hedging with the Russell (which we do) is a pretty good idea at the moment – especially as it was down at 1,266 in December and that's 272 points (17.6%) down from here and that would pay $13,600 per contract on the /RTY Futures OR, you could play  the Ultra-Short Russell ETF (TZA) like we are in our Short-Term Portfolio with the following spread: