Yes, I know, that's not really a surprise but the markets are acting like it is this morning and the Dow is up almost 500 points, pre-market with Goldman Sachs (GS) contributing 50 points with their $9 (4%) jump on better than expected earnings.  Mainly we're up because last night Moderna's Covid Vaccine showed positive immunity responses in all 45 people tested and now they are heading into a much bigger phase two study (30,000 subjects) at the end of the month.

The new “Cove” study, scheduled to start July 27, will aim to enroll about 30,000 adults at nearly 90 different U.S. locations. Many of the study sites will be in states where the virus is surging, such as Texas, Florida, California and Arizona, according to information posted Tuesday on a federal database of medical studies.

Among the people researchers plan to enroll are those at appreciable risk of infection because of where they live. Testing the vaccine in coronavirus hot spots could help generate answers about the vaccine’s efficacy sooner, because people there are more likely to be exposed to the virus in everyday living compared with people in places where new cases have declined.

Researchers, however, still don’t know what level of a neutralizing immune response would be needed to guard against either infection or severe disease, and for how long a vaccine could provide such protection. 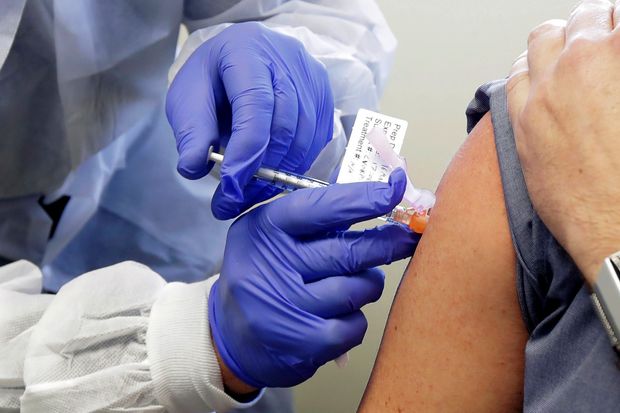 We're still a good 6 months away from a proper vaccine roll-out, even if everything goes perfectly and the Global Economy is still severely damaged so of course this is a massive over-reaction but it's better than no vaccine, right?

This should give everything a nice boost but hopefully not Tesla (TSLA), which is killing our Short-Term Portfolio (see yesterday's review) but, fortunately, great for the Long-Term Portfolio,…
END_OF_DOCUMENT_TOKEN_TO_BE_REPLACED