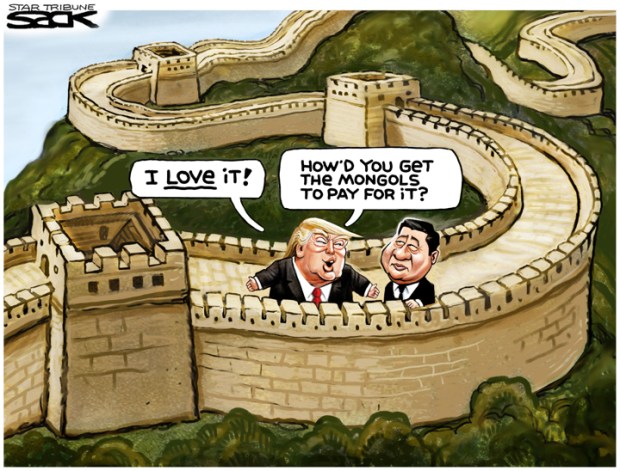 Today is the day!

Trump will sign a deal today (11:30) with China that puts off the new tariffs he threatened them with until "after the election" and China agrees to buy $200Bn in US Goods and Services over 2 years, which is double their normal pace so, in theory, it could add 0.5% ($100Bn) to our GDP, assuming we actually produce more Goods and Services and don't just end up selling China things we would have sold to someone else.  Boeing (BA) has several hundred grounded 737s China can have – that's a good start!

It's onlly a start though as the deal does not address Cybersecurity or China’s tight controls over how companies handle data and Cloud Computing.  China rejected American demands to include promises to refrain from hacking American firms in the text, insisting it was not a trade issue.  The Chinese have also rebuffed requests for broader changes to the structure of their economy. That includes a pattern of subsidizing and supporting key industries, like solar and steel, that American firms say have allowed China to dump cheap products it makes into the United States.

In the interim, the remaining tariffs will continue to inflict financial pain on American businesses that rely on Chinese imports and the consumers who buy their products.  Is that going to be good enough to continue to boost the market or will the reality of the trade deal's mediocrity begin to weigh on forward-looking sentiment.  Pay close attention to Corporate Guidance, now that they are taking the signed deal into account.

Earnings have been going well so far but Goldman Sachs (GS) missed this morning by almost 20% – that was a surprise.  BAC, BLK, PNC, USB and UNH all beat along with WAFD last night and only WFC screwed up yesterday so it's so good, so far in the Financial Sector but, of course, shouldn't it be with the market up about 30% in 2019 and up another 2% in the first two weeks of 2020?

The Producer Price Index came in weak this morning at 0.1%, half of what was expected and that indicates that, despite "strong" retail sales, the Consumers are unwilling…
END_OF_DOCUMENT_TOKEN_TO_BE_REPLACED