"Climbing up on Salisbury Hill
I could see the city light
Wind was blowing, time stood still
Standing, stretching every nerve
Had to listen, had no choice
I did not believe the information
Just had to trust my imagination" – Peter Gabriel

While you were sleeping…

You know that funny story about the former Russian spy and his daughter who were poisoined in the UK (Salisbury) on March 4th and how the British investigated it and, Monday, Theresa May told Parliament that it was "highly likely" the Russians were responsible?  Well the British demanded an immediate response from the Kremlin or Britain would immediately place sanctions on them and now it gets REALLY amusing as the Kremlin called May's speech to Parliament "a circus" and, when they say "circus" they mean the boring Russian kind with no animals!

Then (and here's where it gets REALLY funny), Russian Foreign Ministry Spokeswoman Maria Zakharova replied (or threatened – it's hard to tell the difference with Russians):

"One does not give 24 hours notice to a nuclear power" adding that the "Skripal poisoning was not an incident but a colossal international provocation." 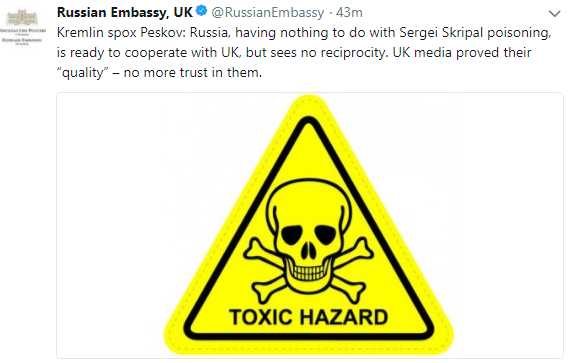 THEN things got really crazy (not Trump crazy, but crazy for normal people) as a Twitter war erupted between the UK and the Russian Embassy: 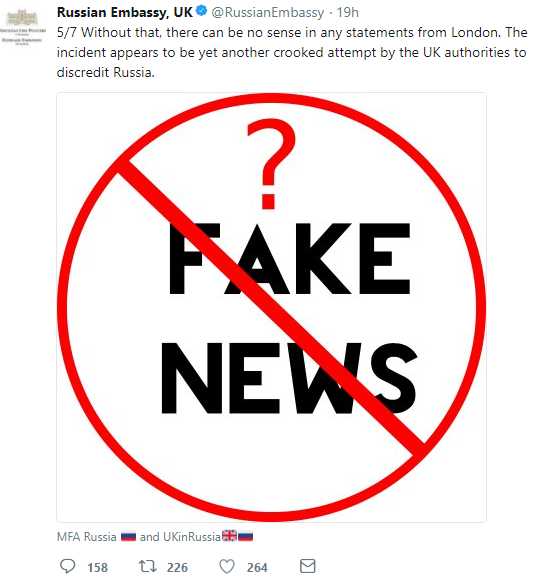 Notice that Russia employs the "Fake News" meme to deflect any facts they don't like – something they train all their operatives to do these days.  According to Russia "Crooked UK" is up to their old tricks and we should ignore the poisoning and focus on the investigation – which can't possibly be unbiased if it finds Russia colluded with operatives to kill people on British soil.

Is anyone else having deja vu?